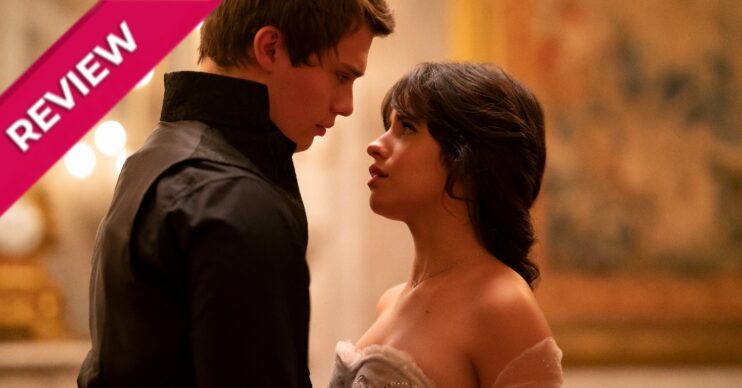 Cinderella review: Is Camila Cabello adaptation a fairy tale or a flop?

Cinderella is being given a makeover - but is it worth it?

We’ve officially lost count of how many times this story has been told. This year alone, Andrew Lloyd Weber and Emerald Fennell brought an adaptation to the West End.

In 2015, Disney released another big-budget version of the tale starring Lily James and Richard Madden.

But alas, here we are. This time with a pumped-up pop-filled soundtrack and some bold casting choices.

It feels like a pantomime, but with a bigger cast budget.

Camila does a stellar job as Ella, the wannabe dressmaker who is forced to become a quasi slave to her society-climbing stepmother and her two daughters.

This time though, the sisters are actually kind of nice. Not very tactful, but not horrid.

Idina Menzel plays her wicked stepmother, whose meanness stems from her own dreams being quashed by the society in which they live.

Helping her through her awful home life are three mice – voiced by James Acaster, James Corden and Romesh Ranganathan.

Meanwhile, over at the palace, there’s a party boy prince being told to settle down. If he doesn’t, his father threatens to give the kingdom to his daughter instead. Who a) wants it and b) is more prepared for it than her brother.

But you know, patriarchy and that.

You know the story

Throw in a ball, a fairy godmother in the form of Billy Porter, and a midnight deadline, and off we go.

In a bit of a twist, this time there is more to the tale than ‘marry the prince, live happily ever after’. Ella has dreams and aspirations that are a central point of her character.

But it’s just not enough to make it worth the while, sadly.

There are moments in this film that are just unforgivable. Most notably the editing choices around the three comedian mice. They are actually pretty fun. But on the other hand, they clearly were never in the same room as Camila Cabello or Billy Porter.

They didn’t even try to hide it that much. It’s very obvious that they were put on a green screen for a day of shooting. Perhaps interacting with a tennis ball where Camila was eventually cut in.

And let’s not get us started on the script which contains moments so cringeworthy they feel wrong coming out of the actor’s mouths.

There are redeeming qualities – a running joke about Pierce Brosnan’s singing abilities and some meta moments allowed a chuckle. But it’s nowhere near enough.

Is Camila Cabello’s Cinderella worth the watch?

Cinderella is one of the most retold stories of all time and unfortunately this does nothing to update it. This is a Camila Cabello fan service flick and little more.

It’s only been six years since the last major adaptation – why someone felt yet another was necessary is baffling.

Throw in some dodgy editing choices, clunky dialogue, and wedged in songs that don’t fit, and the whole thing falls flat.

You’d be better off heading to the London Palladium’s panto, which does the same job. At least that’s a lot more fun.

Cinderella is available on Amazon Prime Video on September 3rd.