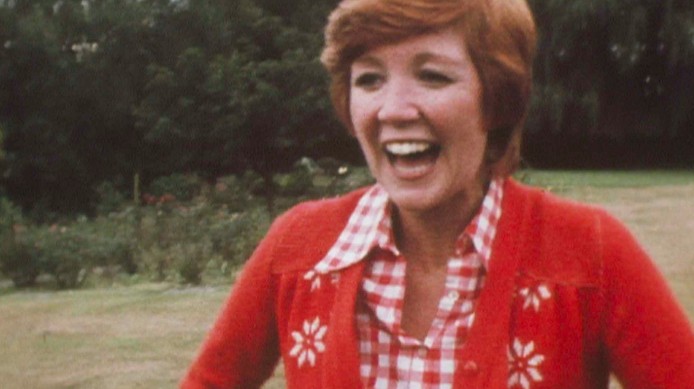 What a gift for fans!

Nearly five years since her death, Cilla Black’s hidden tapes filled with family moments and snapshots of her life with husband Bobby Willis have finally been aired on ITV.

Viewers couldn’t be happier to have an intimate look via the new documentary Cilla: The Lost Tapes of Cilla’s life at home, her early career and her marriage to husband and manager Bobby Willis.

Viewers were loving the chance to see some of the precious moments between Cilla and husband Bobby, who died in 1999 at 57 years old.

I just love her. Her music,her 60s/ 70s style, the stories about her life in 1960s Liverpool & her love for Bobby. I actually even have this picture up of her on my wall 😆🥰 #cillathelosttapes #cilla pic.twitter.com/xsjT3v33kW

Nothing more special than Bobby and Cilla’s love 😍🥰 #cillathelosttapes

Aside from the unseen footage of Cilla and Bobby, some of the famous faces caught on camera also caught the viewers’ attention – including The Beatles drummer Ringo Starr.

With footage shot in the Alps as Cilla and Ringo were skiing and filming a segment alongside comedy puppet Basil Brush, many were quick to point out the obvious chemistry.

But for many it was an opportunity to remember Cilla for what made her famous at the start: her voice.

#CillaTheLostTapes Turned the match off and started watching.. never really listened to any of Cilla Singing before … Cracking voice !! ..

#cillathelosttapes Wow. What a voice

I did like this song she did when she tried to revive her singing career after leaving TV in 2003. https://t.co/VnQlelPBCf #CillaTheLostTapes

You forget how many brilliant songs Cilla sang#CillaTheLostTapes

Aside from her singing voice and hits such as Anyone Who Had A Heart, Alfie and Something Tells Me, Cilla also had a glittering TV career with shows such as Surprise Surprise and Blind Date.

Another added: “She was really good at presenting Blind Date, you gorra give her credit for that.”

Cilla was known for her true professionalism, and those that worked with her were also quick to praise her.

I worked one day a week at LWT in the 90s. Happy days. I went to watch “Blind Date” being filmed. Nothing had prepared me for the charisma and professionalism of Cilla Black. We knew we were in the presence of greatness. #Goddess #CillaBlack #CillaTheLostTapes

Amongst those reminiscing fondly were fellow celebrities including Holly Willoughby who took over presenting Surprise Surprise on ITV and close friends Nigel Lythgoe and Paul O’ Grady.

Viewers remembered some of Cilla’s iconic moments that made her a ‘national treasure’.

#cillathelosttapes so the tapes shown didn’t satisfy some picky Watchers, but this #babyboomer loved all the nostalgia and music of those days.

And what a lovely watch it was. I was only going to dip in but stayed the course #CillatheLostTapes

Cilla Black died in August 2015, but her legacy isn’t one easily forgotten.

What did you think of Cilla Black? Leave us a comment on our Facebook page @EntertainmentDailyFix and let us know your thoughts on this story.