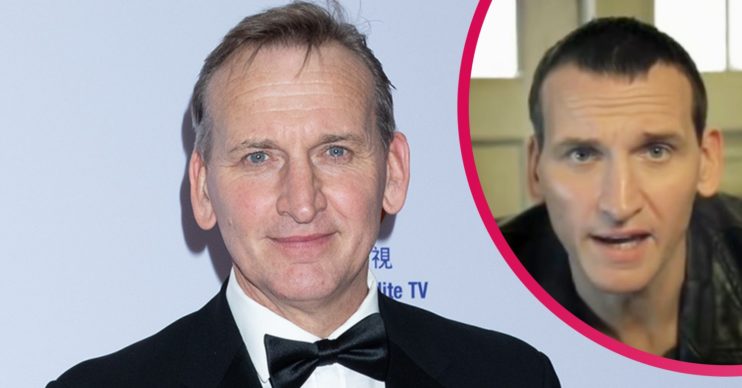 He's reprising his role as the Time Lord

Doctor Who star Christopher Eccleston has excited fans by teasing his return to the popular sci-fi series.

The A-Word actor‘s return to the BBC programme was confirmed in August.

However, Christopher has now whipped fans into a frenzy by sharing a picture of himself holding the script for the latest series.

He didn’t write anything in the caption, but fans rushed to comment on the snap and say how excited they were to have him back.

One said: “I’m so so glad you’ve jumped on board to do this! You’re a delight and have pleased so many fans worldwide! Well done, Chris

Another wrote: “Yes! MY doctor! I could cry! You are such a beautiful human! So glad to have been raised with your Doctor. You help me through a lot of hard days!”

‘Do not share photos of the recording (or this script)’, amazing. You maverick.

Others called Chris a ‘maverick’ as they noticed how the script said that no one was allowed to share any pictures of it.

“‘Do not share photos of the recording (or this script)’, amazing. You maverick.”

Details of Doctor Who audio drama

However, it doesn’t seem likely that Chris will get in trouble for the snap, as audio drama producers Big Finish also posted it on social media.

The script page also revealed some details of the show.

The first part of the upcoming Ninth Doctor Adventures series appears to have the subtitle of Ravengers.

And the first story in the audio drama, which screenwriter Nicholas Briggs has penned, has the title Sphere of Freedom

Also visible on the page are details of another character joining the Time Lord in the story – a chef from the Sphere of Freedom that the Doctor has enlisted to help him stop an evil plan.

Back in August, when fans first learned Christopher was reprising his role as the Doctor after 15 years, the actor said in a statement: “It will be exciting to revisit the Ninth Doctor’s world, bringing back to life a character I love playing.”

The star played the Doctor for one series when the show relaunched in 2005.

Doctor Who: The Ninth Doctor Adventures – Volume One is due for release in May next year.