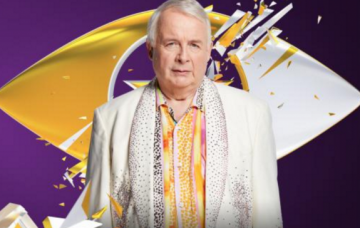 The I'm A Celeb winner was booted off Celeb Big Brother

Christopher Biggins says getting kicked off Celebrity Big Brother in 2016 was the worst moment of his career.

The 69-year-old star was ousted from the show after he made a joke about concentration camps, telling Jewish singer Katie Waissel: “You better be careful or they’ll be putting you in a shower and taking you to a room,” and Christopher has admitted it was the lowest moment of his professional life.

He told the Sunday Mirror: “I’ve had a fantastic ¬career. The only lowlight was when I was evicted from Celebrity Big Brother.

“But I soon got over that and I’m now much more contented and happy than ever.”

And Christopher hit out at the showbiz industry today, saying people are labelled stars even when they don’t have any star talent.

He said: “I think we misuse the word star. Stars are movie stars and singers.

“Now we use it for reality TV stars who aren’t real stars.

“They should be called something else. They are just famous for five minutes.

“Showbiz has changed in a bad way. I feel I’ve seen the best. I’ve had an amazing life and I’ve loved everything I’ve done.”

Christopher also spoke about how much he still misses his close friend Cilla Black, who died in 2015 at the age of 72.

He said: “I still miss her. If I hear something I know she will like, I still go to pick up the phone to call her.

“We were so close. One time we were out in Oxford with our husbands and they got very drunk and ended up in the gutter so we left them there.

“We were utterly appalled.”

Do you still enjoy reality TV? Leave us a comment on our Facebook page @EntertainmentDailyFix and let us know what you think.