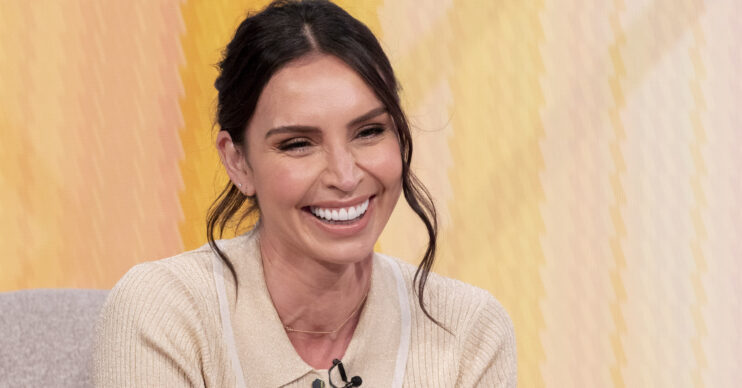 The host is back on screens after welcoming her second baby

Lorraine viewers couldn’t contain their excitement as Christine Lampard returned to the show this week.

The 42-year-old presenter graced the ITV programme on Monday, and has stood in all week or regular host Lorraine Kelly.

Christine is presenting Lorraine for four weeks in total this summer, after welcoming her baby son Freddie in March.

How did viewers react to Christine Lampard on Lorraine?

Meanwhile, she also discussed the latest showbiz headlines with US reporter Ross King.

Opening up the segment, Ross said: “It’s good to have you back, Christine!”

How lovely to see Christine on Lorraine.

And it appears viewers seemed to agree.

On Twitter, one viewer said: “How lovely to see Christine on Lorraine today, makes this programme watchable again.”

A second shared: “Christine back on #Lorraine and Ruth & Eamonn on #ThisMorning… summer holiday morning TV is restored!”

How lovely to see Christine on Lorraine today, makes this programme watchable again

Christine back on #Lorraine and Ruth & Eamonn on #ThisMorning…summer holiday morning TV is restored!

Another added: “How lovely to have Christine back on the Lorraine show! Breath of fresh sunny air.”

In addition, a third wrote: “Eamonn back on This Morning, and Christine subbing for Lorraine. What a lovely start to a Monday.”

Loved my first week back on @lorraine thanks for all your lovely messages!! Here’s to the weekend 🍹🥰 https://t.co/jk9mrJgFk3

Simon was on the show to talk about his gig, but ended up putting the questions onto Christine.

At one point he interrupted Christine to compliment her on her teeth and asked: “Did those teeth grow out of you?”

Christine is slowly settling back into work since welcoming little Freddie.

Ahead of hosting Lorraine, the star appeared on the show as she opened up on her second child with husband Frank.

Christine said: “He’s been a great little baby, slipped into the family just seamlessly. He’s been a gorgeous little addition.”

Christine to return to Loose Women?

Meanwhile, it’s also believed the presenter is returning to work on Loose Women.

The star previously went on maternity leave from the show ahead of Freddie’s birth.

In addition, Sunetra Sarker and Katie Piper are reportedly joining the daytime panel.

According to The Mirror, the new panellists will join later this year.