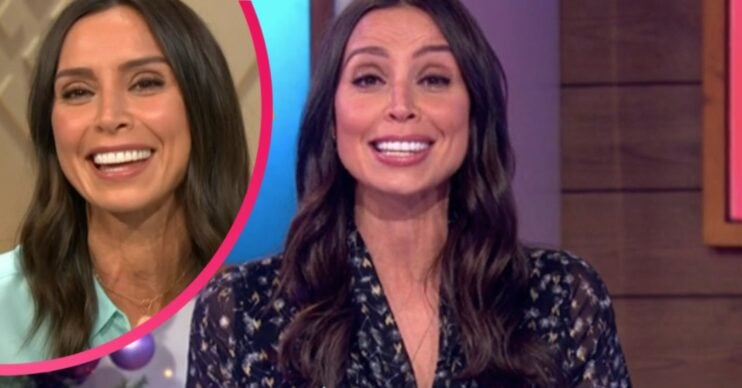 Christine Lampard has shared an adorable picture of her baby son Freddie.

The Loose Women presenter and her husband Frank Lampard welcomed son Freddie into the world in March.

Since then, Christine has kept her wee one out of the spotlight on social media.

However, on Tuesday (July 13), Christine couldn’t help but share a heartwarming moment with fans.

Christine Lampard cuddles up to her son on Instagram

Christine was out to lunch with her Freddie, and she posted a snap of him standing on her lap at the table.

In the adorable moment, the TV star can be seen planting a kiss on his little head while cradling him.

She captioned the snap: “Lunchtime kisses” and added a kissing emoji.

Fans rushed to comment underneath, with one saying: “You are so lucky!”

“Ah this is absolutely beautiful,” remarked another.

While a fourth added: “He is so precious!”

Wow, way to make us all feel broody, Christine!

Freddie made his Instagram debut in March when Christine announced his birth.

She shared a picture of herself cradling her second-born from what appeared to be a hospital maternity bed.

Christine captioned the picture: “Let us introduce you to our newest addition, Frederick (Freddie) George Lampard! We are completely in love.”

The TV presenter and her husband, Frank, have been married since 2015. They celebrated their fifth wedding anniversary last December.

Meanwhile, Christine will return to Lorraine over the summer.

The beloved Scottish star is taking a break from her day job to enjoy some time with her family.

Lorraine told Christine on Tuesday (July 13): “I’m so glad you’re able to do the show for the summer, I really am.”

Christine replied: “I cannot wait. This is a nice, little taster.”

Are you excited to watch Christine host Lorraine? Head to our Facebook page @EntertainmentDailyFix and tell us what you think.