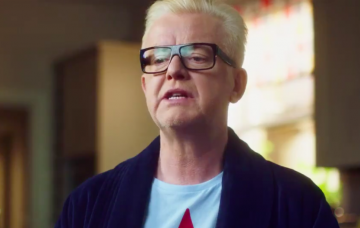 Chris Evans has reportedly waltzed out of Strictly Come Dancing just two months before it starts, despite telling fans he was definitely taking part.

The Virgin Radio host has stepped down with a source telling the Sunday Mirror: “Chris had been thinking and talking about doing Strictly but in the end, it won’t happen in 2019.”

His decision has plunged the show into chaos as it scrambles to find a replacement with eight weeks notice.

The broadcaster told BBC One Show viewers last December he had said ‘Yes’.

Then in April, on his radio show, he told Strictly pro dancer Kevin Clifton, 36, he had received his contract, but added: “I’ve got to go for a medical because I’ve got a dodgy left knee so I can run on it.

“I can go straight but I have an issue with my knee so that could be a problem.”

He had also met with the show’s commissioning editor Jo Wallace face to face, telling listeners: “We had a cup of tea and she said, ‘Are you up for it?’ It’s not as easy as maybe you imagine.’ But I know it isn’t.”

It’s not the first time Chris has quit the series.

In 2015 the father-of-twins was due to take part but ditched it to be the new host of Top Gear – which then flopped.

A TV source told the newspaper: “He was sitting there ready to sign it. It was right in front of him but he got a call offering the Top Gear gig.

Strictly bosses are currently hunting for a replacement for judge Darcey Bussell with names such as Anton Du Beke and former winner Harry Judd in the frame.

Other celebs set to hit the dancefloor include Huw Edwards, 57, from BBC News who is said to be toying with an offer, Corrie’s Catherine Tyldesley, and BBC Radio 1’s Dev Griffin.

Who would you like to see on Strictly? Let us know what you think on our Facebook page @EntertainmentDailyFix.