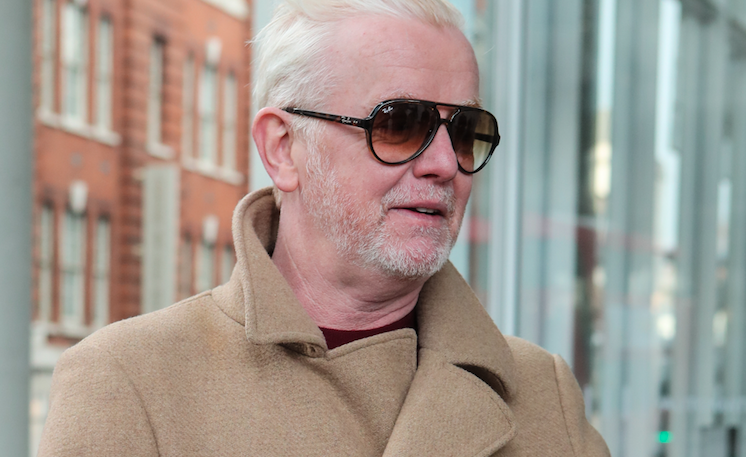 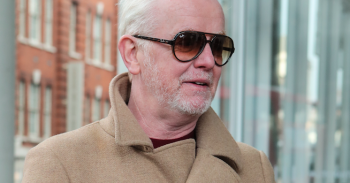 Radio star teased: "Do you think I may be bottling it?"

Virgin Radio favourite Chris Evans’ spot on Strictly Come Dancing may be in doubt after he revealed he is suffering with a knee injury.

DJ Chris, 52, seemed to cast a little uncertainly over his involvement during a chat with film actor Andrew Garfield.

The Spider-Man star flattered his host by claiming Chris signing up for the BBC dance series was giving “what everyone in this country wants”.

But Chris – who announced months ago he had been having talks about going for the Glitterball trophy in 2019 – poured lukewarm water on his chances of taking to the dance floor.

However, he would not directly rule himself out of the celebrity competition – even though he swerved the enquiries Andrew fired Chris’ way during his breakfast radio appearance.

“Yeah, but I’ve got an issue with my left meniscus,” Chris modestly replied as Andrew bestowed him with national treasure status.

Chris then dodged around as Andrew asked for more specifics about his knee problem.

“Do you not believe me?” Chris laughed.

Chris then fired back, again avoiding giving a concrete answer: “Do you think I may be bottling it?”

He also acknowledged listeners may think he was giving Andrew the runaround when he said that the actor had to make a swift exit.

“I’m not trying to fudge the meniscus question,” Chris insisted.

Andrew laughed: “It does feel like a little diversion.”

Chris previously joked he only wants to take part in the show so his wife Natasha Shishmanian can get tickets to sit in the audience.

He also revealed on The One Show he was yet to sign a contract for his claimed TV dancing stint – but indicated he had no intention of keeping his participation under wraps.

“Everyone puts it off and tries and keep it a secret. No, announce now. We’re doing it now,” Chris said at the time.