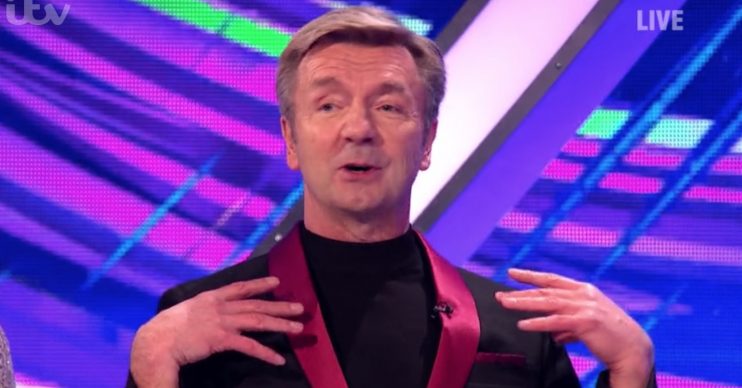 His marks didn't go down well

Skating legend Christopher Dean bit back at the Dancing On Ice audience after they booed him twice over what they thought were low scores.

Christopher, 61, snapped back at the boos after he awarded Perri Kiely and magician Ben Hanlin a 9.5 and a 9 respectively.

Audience members had hoped Christopher would give them higher marks.

But Chris, putting his fingers in his ears to drown out the boos, only awarded a 9.5.

Ashley called Perri’s performance “perfect” but host Phillip Schofield asked why Christopher didn’t give him a 10.

“9.5’s not a bad score, by the way,” the judge replied to a chorus of derision from the audience.

“You’ve been pretty consistent. Look, your skating speaks for itself clearly. I love the way you flow over the ice, but if you’re going to do proper dance I just felt your posture was rounded off for that.

Christopher’s relationship with the audience took another turn when he shared his comments on Ben Hanlin’s performance.

Paying homage to the movie Titanic, Ben scored two 9.5s and a 9 before Christopher also gave him a nine, which also received boos from the crowd.

First of all, for the people that are booing, I’d just like to explain the marking.

“First of all, for the people that are booing, I’d just like to explain the marking. So 9.5 was my highest mark tonight, so that’s my first place,” he addressed the crowd directly.

Christopher then pointed to the crowd with his pen and said: “Just so everyone understands!”

Later in the evening’s episode (Sunday February 24 2020), Corrie’s Lisa George became the seventh celeb to be voted off, missing out on next week’s semi-final.

Lisa, 47 – who plays Beth Tinker in the soap – found herself in the dance-off with Libby Clegg and lost out to finish fifth overall in the competition.

But fans soon took to Twitter, saying that ‘she did not deserve’ to go out.