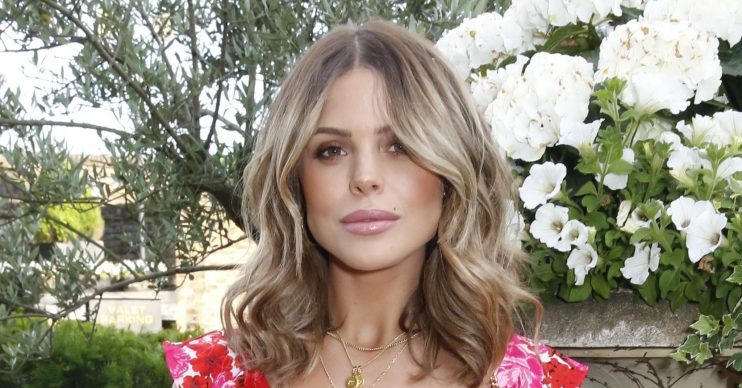 She tragically miscarried the baby's twin

The former The Only Way Is Essex star took to her Instagram account on Sunday (13.10.19) to announce the safe arrival of their little boy, whose name they are yet to reveal.

She wrote alongside a cute snap of his tiny feet: “Earlier this week our baby boy arrived. We are completely besotted & so so in LOVE. (sic)”

Earlier this week our baby boy arrived. We are completely besotted & so so in LOVE 💙

The couple have been inundated with messages of congratulations from their famous friends, including Ferne McCann, Marnie Simpson and Alesha Dixon.

Chloe’s former co-star Amber Dowding wrote: “Oh amazing i thought boy.. congratulations to you both sending you all lots of love and kisses. (sic)”

The brunette beauty recently revealed she tragically miscarried one of her twins eight weeks into her pregnancy.

Chloe had no idea she was expecting identical twins until her heartbreaking miscarriage and she opened up about the terrifying moment she started bleeding in the middle of the night.

She recalled: “The next day I booked a scan with a private doctor, and she said: ‘There’s baby number one and baby number two.’ I was shocked.

It just makes it all more special 🦋 Always find it hard talking about my personal life but I wanted to reach out to women who have been through similar heart ache & reassure them things will be ok ♥️ Out today get your copy to read my full story @ok_mag P.s Love these ladies @loosewomen

“But then she said she could only see one of the embryos, so it was either behind the other or I had lost it. I told her about the bleeding and she said that I probably had lost it.”

Chloe, 28, had to wait another three weeks to find out if she had miscarried, and doctors later confirmed she had been expecting twins.

She said: “I grieved for about three months. I felt like I had gone into a hole, like I had lost a child.

“I felt like I had done something wrong because it was my body. Was I going to the gym too much? You start questioning yourself.”

Chloe and Danny announced the pregnancy in May when Chloe shared a sweet social media post.

Taking to Instagram, she posted a black and white snap wearing a pair of low slung shorts and wrote: “I love you so much already.”

Chloe shot to fame in 2015 when she joined the ITVBe reality TV show as the on/off long-term girlfriend of Jake Hall.

The pair split and Chloe later found love with Danny after they met in 2016.

Still can’t believe we have made a little human… so grateful for you & everything you have brought to my life. Thought I’d let you know before my new favourite person comes into the world 🤪

They then bought a house together in 2017 and have been loved up ever since.

Chloe said at the time: “He’s a really lovely person and I’m really loved up. He’s an absolute dream and such a nice boy. We’ve just bought a house together.”