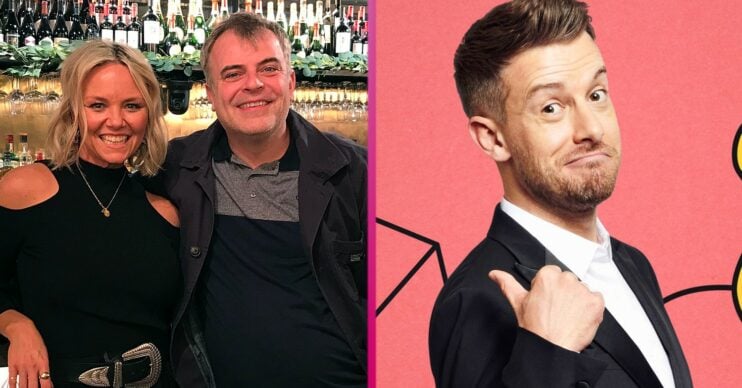 Children in Need has to be one of the warmest, funniest and exciting nights of the TV year, and 2021’s offering will be no exception – so what are the highlights?

The huge charity fundraiser returns for another BBC One takeover on Friday November 19 2021.

Chris Ramsey and Alex Scott also do their fair share of presenting Children in Need 2021.

Here’s everything you need to know about the Children in Need 2021 schedule, including our highlights!

We think she’ll eat him for a canapé!

In a first-look clip released earlier this month, Janine asks Steve if he’s ever been married.

When Steve answers honestly by saying seven times, Janine chokes on her vodka and tonic and splutters: “So you’re not afraid of commitment then?”

Will it be love at first sight for these two soap legends? We doubt it!

I Can See Your Voice special

Paddy McGuinness hosts a special charity version of I Can See Your Voice.

But which one can actually sing?

Children in Need 2021 highlights – The Wall

Danny Dyer presents a special edition The Wall for Children in Need 2021.

CBBC TV presenters Sam Nixon and Mark Rhodes join in the fun on the popular BBC One gameshow.

They’ll face tricky questions in a round of Free Fall, before taking on The Wall in an attempt to win money.

Of course, the cash isn’t for them. It’s for children and young people in need across the UK.

The Repair Shop Children in Need 2021

Jay Blades teams up with bear repair duo Amanda Middleditch and Julie Tatchell to carry out a unique restoration.

Thirteen-year-old Billy and his mum Mandy have been supported by a BBC Children in Need-funded project.

Kirsty Wark hosts the Children in Need edition of University Challenge over on BBC Two at 10pm.

In a bid for glory, stars from the BBC and ITV go head to head in the special episode.

Children in Need 2021 highlights – what other celebs are involved?

Graham Norton, who also hosts the Children in Need night, offers us a Red Chair special.

The Irish comedian and author invites celebrities to take on the infamous red chair.

But, in a special BBC Children in Need twist, their fate is decided by a group of children who preside over the notorious lever!

There will also be musical performances on the night from Ed Sheeran, and fellow chart-topping artist Tom Grennan.

The cast of the UK tour of 9 to 5 The Musical will take to the stage for a performance.

And, for the first time ever, a talented singer who has benefitted from support from BBC Children in Need-funded projects will give an emotional solo to the millions watching from home.

Elsewhere, there’s a Team GB and Paralympics GB School Sports Day, where some of the nation’s sporting heroes go head to head in a very competitive school sports day.

Angels of the North fans will enjoy seeing Sammyjo and her team of Longlox girls welcome two very special guests.

They enjoy a well-deserved pampering session at the infamous Gateshead super salon.

Elsewhere, Bargain Hunt’s charity special features actor John Thomson and BBC newsreader Reeta Chakrabarti who battle it out with the help of their daughters.

Will you be tuning in to Children in Need 2021? Leave us a comment on our Facebook page @EntertainmentDailyFix.