Liam Payne had a surprise TV reunion with ex Cheryl on The Greatest Dancer last night.

The 25-year-old singer and Cheryl showed they may still be on friendly terms - despite their split last year - as they made light of their separation on the BBC show.

Cheryl, 35 - mum to the former couple's 22-month-old son called Bear - invited him to appear in a pre-recorded video message during the show, answering a call from Liam during her act Frobacks' performance.

Appearing on the huge onstage screen, Liam's face popped up as if he was FaceTiming the dancers and the entire live audience. 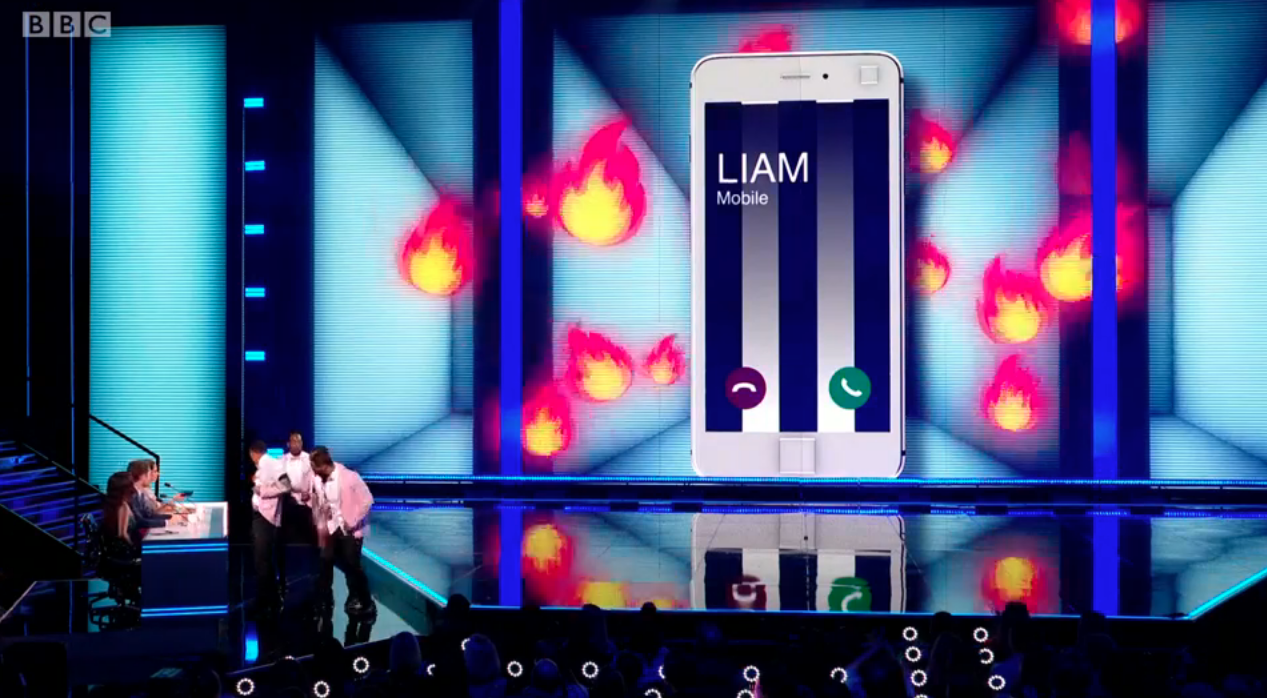 "Chez, can you put the Frobacks on, please?" Liam said in a sarcastic tone.

Dance captain Chez then rolled her eyes at the request, before turning her phone to face the stage as if to show the Frobacks.

Make sure you get my number off Chez, okay?

"Hey man, you guys are killing it," Liam added, addressing the dancers directly.

"I'd love you teach me those tricks some time, so make sure you get my number off Chez, okay?" 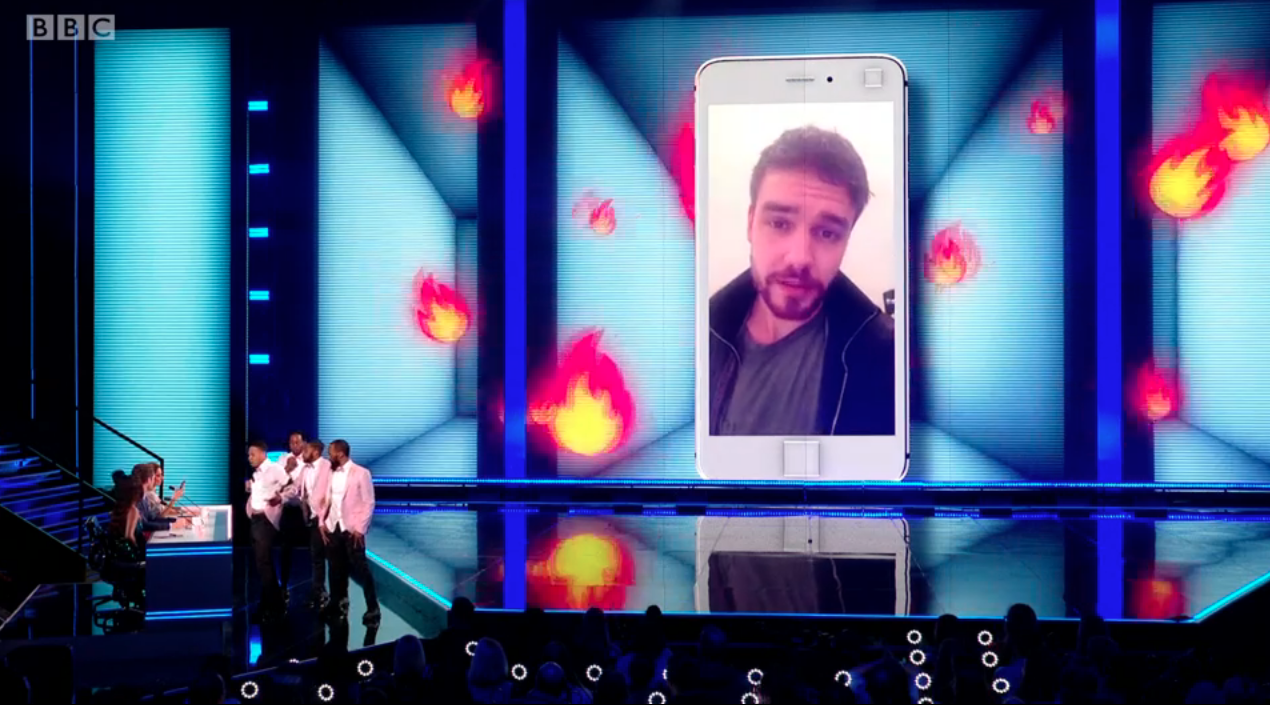 Following the brief cameo, the Frobacks leapt back into their performance and were later greeted by another celeb fan, Robbie William, in a similar manner.

Cheryl recently revealed she and Liam spent Christmas together, explaining they still have a "great" relationship.

She said: "There's no animosity whatsoever. In fact, Liam spent Christmas Day with us. He cooked the turkey and everything at our home. His family came on the 23rd, and then he was in the house before I woke up on Christmas Day. 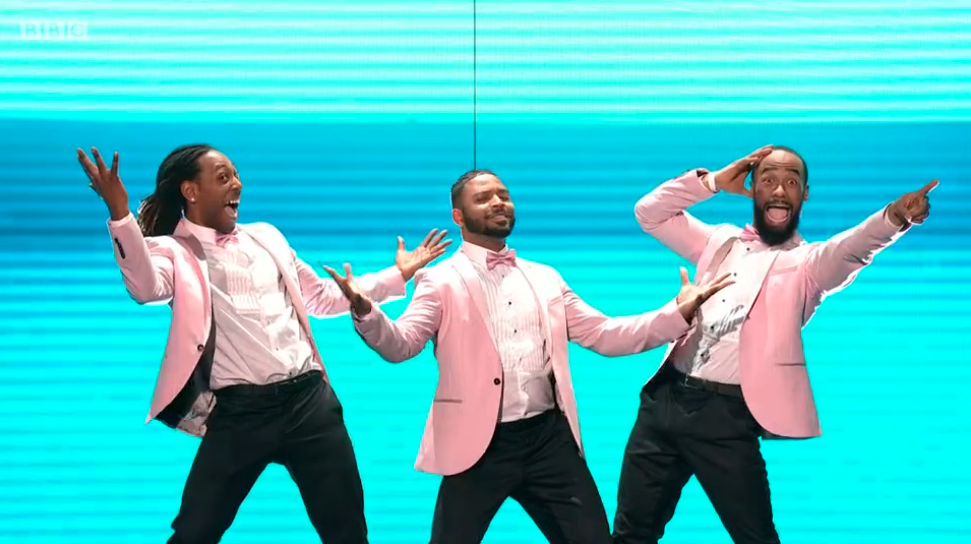 "It was lovely and things with us are great, which is lucky, really, because I have to listen to his songs 55,000 times a day. Bear's got an obsession with the beginning of Familiar. We have to rewind it and play it all over again."

Cheryl also insisted she's not currently looking for love, although she's keen to find a new boyfriend "at some stage".

She said: "Not right now necessarily but at some stage. It doesn't matter what they do, so long as he was a good guy and treated me right. I honestly wouldn't care." 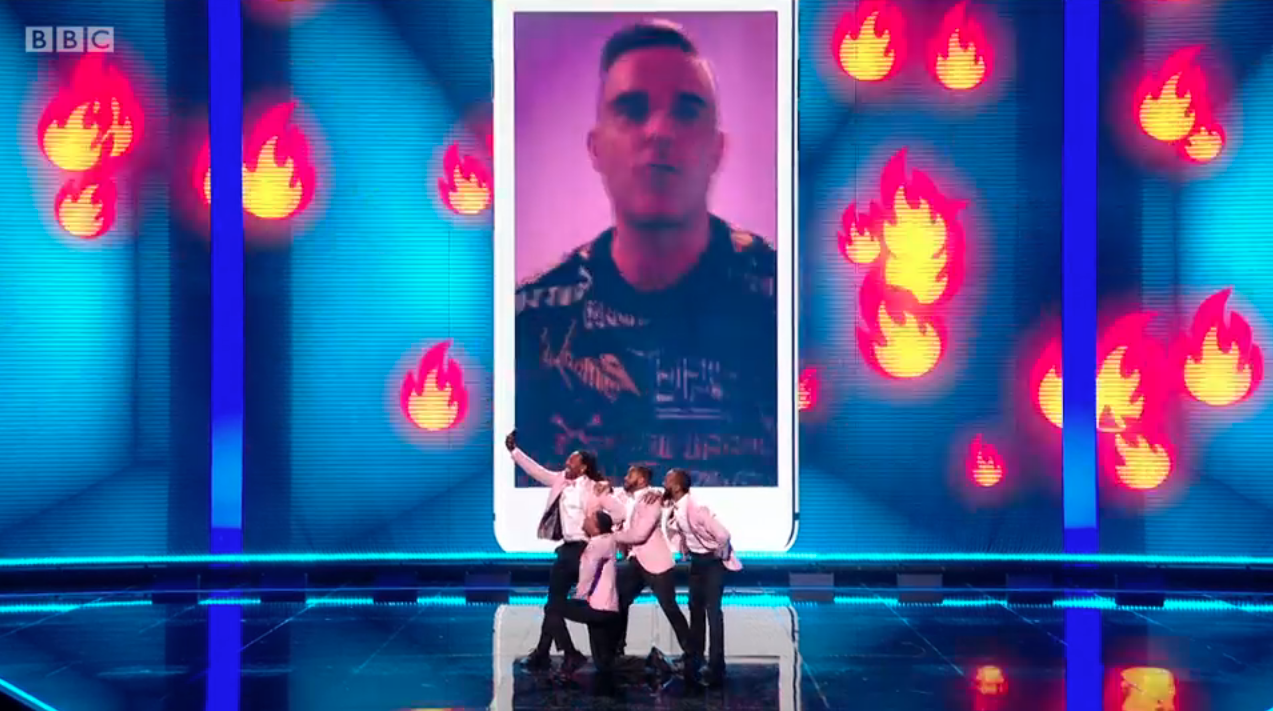 Robbie also joined in on the fun (Credit: iPlayer)