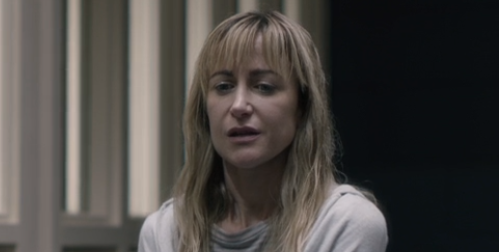 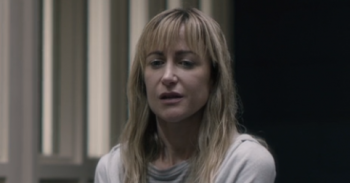 At this point it could have been anyone

The third instalment of ITV’s Cheat once again had viewers on the edge of their seats last night, as the plot thickened and new characters entered the mix.

Adam (Tom Goodman-Hill), husband of university lecturer Leah (Katherine Kelly), was bumped off in the closing scenes of the penultimate episode.

But instead of handing us the true identity of his killer, the show’s writers are saving the details for tonight’s finale.

We saw Adam’s blood spattered on the floor, following an argument he had with Rose after they slept together.

In the closing scene, an exhausted-looking Leah was questioned by police.

She explained her innocence and demanded: “Why am I here? Why aren’t you getting the person who did it? Rose?”

Matters are complicated as there are now other potential killers – and viewers really can’t decide whodunnit!

Another echoed this theory, tweeting: “I wonder if Leah’s Dad turned up and caught Adam strangling Rose so he killed him.”

A third chimed in: “Maybe the dad kills Adam and he can’t admit it without revealing the truth about his relationship with Rose ahsgdhs I’m so confused.”

Others thought a largely unexplored character, Ben the university porter, could be involved in some way.

Someone else thought that Rose’s ‘dad’ William (played by Adrian Edmondson) might have done it.

Still, many others are convinced that Adam was simply killed by either Rose or Leah.

It follows speculation over the secret connection between Leah and Rose, and the motives Rose might have for wanting to ruin Leah’s life.

But we finally learned that the two are actually sisters, as Leah’s dad Michael had an affair many years before with his assistant.

Who do you think killed Adam? Leave us a comment on our Facebook page @EntertainmentDailyFix and let us know what you think of this story.