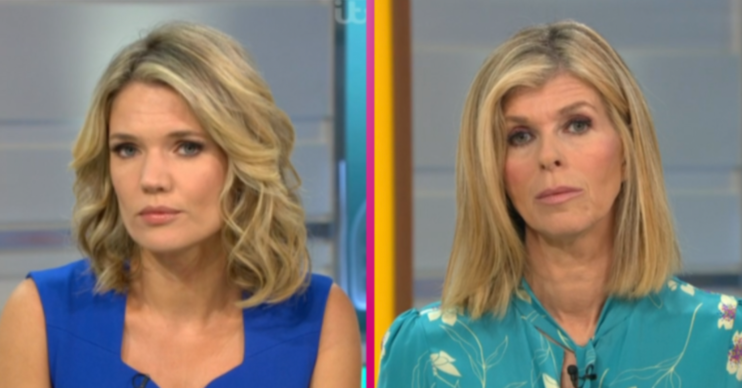 Says Kate is going through a tough time

GMB presenter Charlotte Hawkins has said that colleague Kate Garraway “doesn’t know what’s round the corner” for her ill husband.

Kate’s partner Derek Draper is still in hospital fighting the effects of coronavirus.

What did Charlotte say about Kate Garraway?

Earlier in August, Kate, 53, told viewers that she was taking a break from the show to spend more time with her family.

Charlotte, 45, updated viewers on Derek’s condition in an interview with OK! magazine.

“It’s been horrific for her and her family,” Charlotte said.

“We don’t know what’s around the corner.

“Everybody at GMB is there for her in whatever way she needs.

“I keep everything crossed that Derek is going to be okay.”

Derek, 53, was admitted to hospital with the virus in March.

Days later, he was induced into a coma and only opened his eyes in July.

Despite being coronavirus-free, he still faces grave health problems due to the effect the virus has had on his body.

Where is Kate Garraway?

Kate revealed last month that she was going to take a break from the breakfast show.

“I’m actually not here next week,” she told viewers.

“I’m taking a bit of time off, to help [my son] Billy get ready for secondary school.