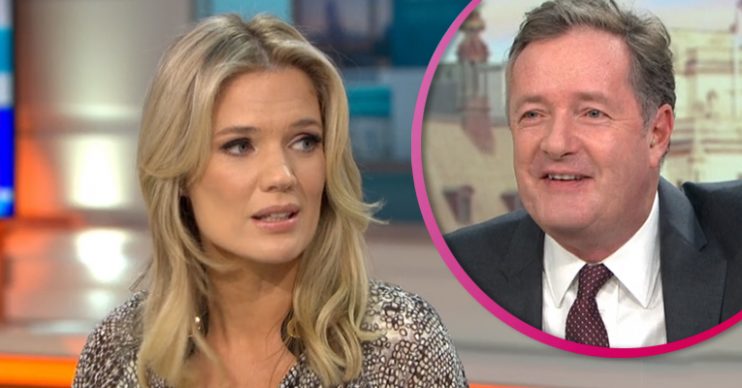 She told him to "zip it"

On Tuesday’s show, Charlotte was trying to present her news bulletin when Piers, 54, cut in to criticise her wording.

Charlotte told viewers that there was some breaking news regarding Brexit and they would find out new proposals this morning.

Piers interrupted Charlotte, asking her: “Well, what are they?”

Charlotte replied: “We don’t know yet.”

Charlotte hit back: “Nobody knows what it is apart from the Prime Minister and Arlene Foster at the moment!”

Piers replied: “It’s like taking a camel to an Oasis and saying it can’t take a drink.”

Charlotte said: “No, we are alerting people that there’s been a development and there will be further details coming.”

Piers mocked: “So there’s some really big breaking news for everybody, we just can’t tell you what it is because we don’t know. It’s very exciting..”

I knew underneath that little sweet exterior was a little harridan.

“I’ve got breaking news, a major incident has happened somewhere in the world, I can’t tell you what it is.”

Charlotte said: “I’ll tell you what, there will be a major incident here in the Good Morning Britain studios in a minute. Zip it!”

Piers joked: “I knew underneath that little sweet exterior was a little harridan.”