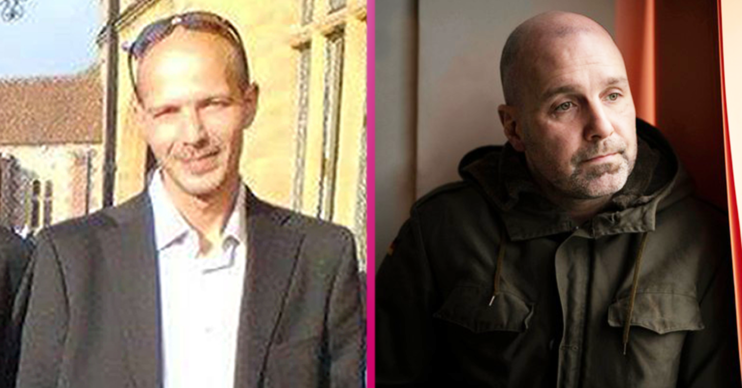 Charlie Rowley was left fighting for his life following the Salisbury poisonings attack.

He was rushed to hospital just hours after his girlfriend Dawn Sturgess had fallen ill.

Devastatingly, she died after coming into contact with the deadly nerve agent Novichok.

Although Charlie survived, he has suffered with severe health problems since…

What happened to Charlie Rowley?

At first, Wiltshire Police believed he and Dawn had fallen ill after using a contaminated batch of heroin or crack cocaine.

But scientists was later confirmed that the couple had been exposed to Novichok.

Charlie regained consciousness two days later and was told that his partner had passed away.

He was eventually discharged from hospital after almost three weeks.

Charlie lost his vision just weeks after being discharged from hospital.

Then, he lost the ability to move his left arm and was rushed straight back to hospital where he was diagnosed with meningitis.

He told the Mirror: “I remember losing all balance and suffering tunnel vision. Doctors told me I’d suffered numerous strokes and I needed heart treatment and a pacemaker. It’s all to do with the Novichok.”

Although he has recovered from meningitis, Charlie still has problems with his vision.

He is now terrified about the future as the long-term effects of Novichok are not known.

“The worst thing has been the fear over my sight,” he continued. “I’m struggling to see properly and to walk. I’m one of only a handful in the world to have survived novichok, so it’s untrod territory. I feel like a guinea pig.

“Novichok could kill me. It’s on my mind all the time. I’m terrified.”

How was Charlie Rowley exposed to Novichok?

Charlie found a sealed bottle of perfume in a litter bin which he then gave to Dawn as a present.

When Dawn opened the bottle, she sprayed it over her wrists and rubbed them together.

It’s thought that because of this, she had up to ten times more exposure to the deadly nerve agent.

During an interview with the Guardian, Charlie said: “I guess how I got in contact with it is when I put the spray part to the bottle. I ended up tipping some on my hands but I washed it off under the tap.

“I washed it off and I didn’t think anything of it. It all happened so quick.”

He added: “It was an oily substance and I smelled it and it didn’t smell of perfume. It felt oily.”

Although Charlie survived the attack,  he has experienced severe health problems since.

What has Charlie Rowley said about The Salisbury Poisonings?

Charlie has given the BBC drama his approval.

Actor Johnny Harris portrays him in The Salisbury Poisonings.

In order to prepare for the role, the pair spent time together and have since become friends.

“When he first came round I thought he’s a really decent guy,” Charlie told The Sun. “He was very dedicated. He’s never played a real-life person so he took it upon himself to learn as much about me as he could.”

Read more: Is Rafe Spall married and why do I recognise The Salisbury Poisonings actor?

Charlie has watched all three episodes of The Salisbury Poisonings and has admitted it reduced him to tears.

He explained: “It shows the Dawn I loved, a lovely, caring and generous person. For our relationship to end so abruptly in such a way was an unnatural thing.