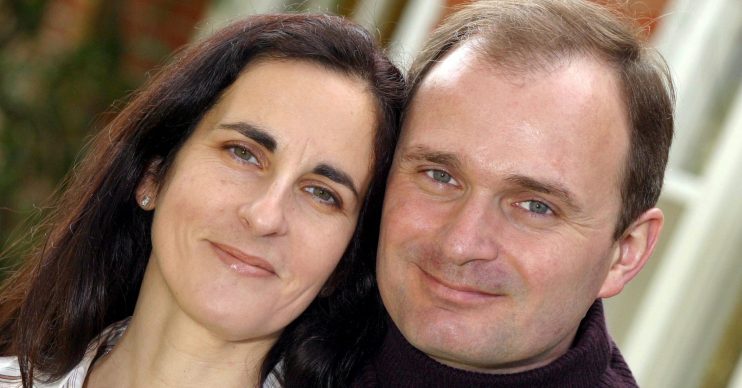 Are Charles and Diana Ingram innocent? Seven shocking facts that could change your mind

The couple were found guilty of cheating on Who Wants To Be A Millionaire but maintain their innocence to this day.

In tonight’s episode of ITV drama Quiz (April 16), viewers will finally hear the story from their perspective – and it could change everything.

Could Charles and Diana Ingram be innocent?

Here are some facts that will certainly get you thinking.

People are convinced the Major cheated because of how often he changed his answers.

Charles would start off by admitting he wasn’t sure of a subject, for example, Craig David’s music, but would then chop and change until his final answer was correct.

But he explained the suspicious toing and froing.

READ MORE: Did Charles Ingram ever get his Who Wants To Be A Millionaire prize money?

As Quiz fans know, Diana was writing a book on how to win Who Wants To Be A Millionaire and one of her top tips was to listen to the audience’s reaction.

The British Army Major explained he listened carefully to the crowd’s responses to each of his answer and noted that people gasped when he suggested A1 released the album ‘Born To Do It’.

2. The truth about all that coughing

In video footage provided at the court hearing, 19 isolated coughs can be heard which appear to act as signals to Charles.

What the prosecution didn’t mention at first is that there were actually 192 significant recorded coughs on the night.

Some of the coughs were also made after incorrect answers.

Even more interesting, there were no coughs at all for 18 minutes between questions ten and 14 – despite the Major appearing unsure of his answers.

The footage shown in court was also edited by the prosecution, Celdaor, and not an independent organisation.

It’s also noted that the volume of the coughing on the footage is raised and therefore louder than it was on the actual night.

Tecwen Whittock was accused of coughing to help signal correct answers to the Major.

But when Tecwen made it into the hot seat himself, he only won £1,000.

READ MORE: Did Charles and Diana Ingram ever go to prison?

Why would Charles, who is so intelligent he is a member of Mensa, need help from Tecwen?

Let’s also not forget that the Major had never even met Tecwen.

It’s little wonder Tecwen was coughing a lot on the night – he had three health conditions that cause chronic coughing.

During the court trial, it was confirmed by a doctor that he had been diagnosed with asthma, perennial rhinitis and hay fever.

The doctor pointed out that the conditions in a recording studio could have triggered these conditions.

Former Who Wants To Be A Millionaire contestant Larry testified against Charles in court.

Despite insisting he knew the Major was cheating on the night, he didn’t speak out until the story was in the newspapers.

He also reached out to the press himself.

In his original statement, he said there was a possibility that the coughing was a coincidence.

But during the trial, Larry insisted he had no doubt that Charles had cheated.

Chris was obviously sat opposite Charles on the night.

However, in court, he stated that he didn’t hear or notice anything suspicious during filming.

Afterwards, show bosses pointed out the suspicious coughing to him and only then did he start to believe the Major had cheated.

Following the court case, Charles and Diana were left with huge debts they needed to pay.

Making matters worse, he was also forced to resign from the army after 17 years.

Although they very much needed the money, the couple turned down a huge cheque from a national newspaper asking them to confess to cheating.

Have you been watching Quiz? Leave us a comment on our Facebook page @EntertainmentDailyFix and let us know what you think of this story.

Chris Tarrant Crime ITV Who Wants To Be A Millionaire?