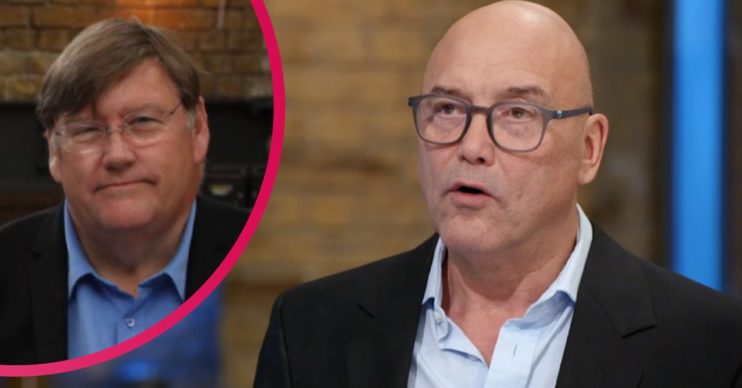 Fans had looked forward to seeing him back on the show

And the show’s emotional tribute had viewers in tears.

At the end of the episode, a message flashed on screen paying tribute to Charles.

The tweet read: “In memory of our friend Charles Campion #MasterChefUK.”

It also included a message: “Tonight’s Critics Table semi-final is dedicated to the late great food critic Charles Campion, who sadly passed away at the end of 2020.

“Charles’ wit, technical culinary knowledge and passion for great British ingredients and dishes will be sorely missed – as will his legendary love for some old fashioned carbs on the plate.”

What did fans of the programme say?

MasterChef viewers reacted with sadness to the news of Charles’ death.

One said: “Fantastic critic who always came over as a gentleman, first and foremost.”

A second said: “This is a shock! Had no idea and was wondering when we’d see him at the critics table again. Very saddened to hear this #masterchef.”

Oh, I wasn’t aware… How sad. Knew his stuff did Charles.

A third put: “Such very sad news with the passing of Charles Campion. He will be missed by those that watch #MasterChefUK. He was a great critic. Thoughts are with his family and friends.”

“Very sad news, a brilliant critic,” said a fourth, adding: “He will be missed on Masterchef x.”

A fifth wrote: “Oh, I wasn’t aware… how sad. Knew his stuff did Charles.”

Read more: MasterChef on BBC One: Who is Jonny Lake? Where does former Fat Duck chef work now?

“I really liked seeing him on MasterChef,” someone else said. “Soooo sad.”

“RIP, so sorry to hear this,” said another fan.

Such very sad news with the passing of Charles Campion. He will be missed by those that watch #MasterChefUK He was a great critic. Thoughts are with his family and friends

I really liked seeing him on Masterchef. Soooo sad 😥

Sad news 😢 I liked him