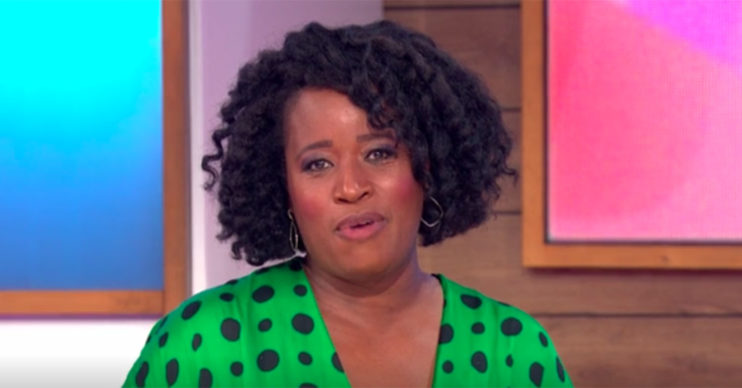 Her dad Dennis was left to raise the family alone

Loose Women star Charlene White lost her mum when she was in her twenties and has said she had to get to a place where she was “at peace” with it.

The TV star’s mum passed away in 2002 after a battle with bowel cancer, aged just 47.

Charlene – who appears on Catchpoint on BBC One tonight (May 7) – was only 21, while her sister was in her teens and her brother was eight.

Charlene White on anger over death of mum

The Loose Women previously shared with the MailOnline that being angry about the loss of her mother wasn’t helping, so she needed to find a way to come to terms with the fact that she was gone.

“I’ve got friends whose parents have passed and they retain that anger and it’s the anger that drove them to achieve more,” she said.

“Whereas with me, at some point in time I had to become at peace with the fact that she was no longer here. Being angry about it, from my personnel, it didn’t achieve anything.”

What happened to Charlene’s mum?

Charlene was just 16 when her mum Dorette was diagnosed with bowel cancer.

Tragically she died after undergoing surgery and chemotherapy.

Charlene previously revealed: “She told me she was sick while we were cooking one Sunday. She said: ‘I have to start having some treatment. They found some blood in my stool but it’s nothing to worry about.’

“Looking back, she and Dad protected us from the worst but never hid the truth.

“I think she knew she wasn’t going to make it. Almost from the day she told us, she started teaching me how to cook the family meals,” she said.

The News At Ten star, now 41, said it was very important to her to make her parents proud.

And she felt “blessed” that her beloved mum lived to see her land her first job in television, which was as a trainee producer.

Last week she paid tribute to her dad, Dennis, on his birthday.

Sharing a picture of him, she said: “My heart always fills with joy when I talk about ol’ Dennis…

“He was left to raise his family alone after my mum passed – after 22 years of marriage. And although it wasn’t easy, we all managed to grow into pretty alright adults I think.”

Charlene, who now has two children of her own, has been making a name for herself for some time.

And in 2021 it was announced that she would become a regular panellist on ITV daytime show Loose Women.

She joined the panel after the departure of Andrea McLean.

Andrea stepped down in  2020 after 13 years, saying that she’d been having a rethink about amid the coronavirus pandemic.

Charlene had already been a guest presenter on the programme and was later confirmed to be a new regular.

She took her seat on the panel early in 2021 alongside the likes of Stacey Solomon and Nadia Sawalha and said that it was really “exciting” to be there and that she was very happy.

“I am, I’m officially a Loose Woman,” she said.

“I am honestly absolutely stoked.”

Charlene is on Catchpoint at 7pm on BBC 1 on Saturday (May 7).