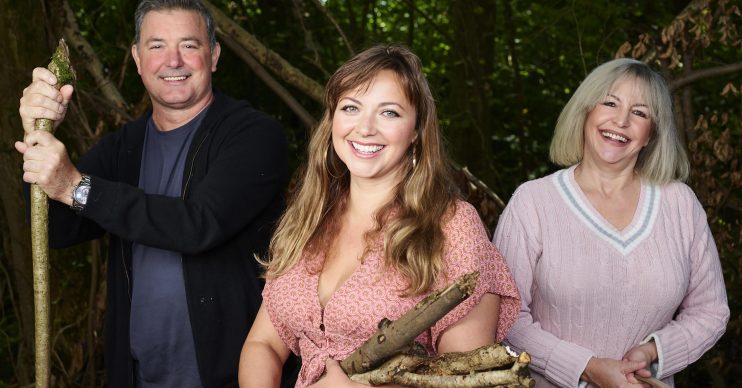 Channel 4 viewers had a very mixed reaction to Charlotte Church: My Family & Me

The family headed into the woods to explore 'old wounds'

Telly fans were divided after watching Channel 4’s documentary about singer Charlotte Church and her volatile relationship with her mum, Maria.

Charlotte Church: My Family & Me, which aired on Thursday (17.10.19) evening, saw the former child star head out into the woods with her mum Maria and stepdad, James, to reflect on the bonds they share as a family.

At the beginning of the programme, Charlotte said the point of the trip was to “explore some old wounds” they had “inflicted on each other”.

Maria, who chaperoned her daughter all around the world when she was younger and once helped negotiate her music contracts, opened up about her struggle with mental illness.

She said she “lost the plot” after Charlotte decided to leave the family home, aged 16, following an explosive row.

“I had a nervous breakdown. It was just bloody awful. [I got] very low, I lost the plot for a while.”

Elsewhere, Maria said she is now on medication and still has her struggles. A number of viewers took to Twitter to commend her for being “brave” and “beautiful”.

One said: “Her parents’ story is so emotional, raw and human. I want to wrap her mum up in my arms. [She] is so bravely addressing mental health.”

Another tweeted: “That raw, honest moment with Charlotte’s mum was beautiful. Yes they have faults, yes she has bad mental health at times, but their bond is closer than most. I really hope Maria continues to be well, she’s been through a lot.”

Are you watching #CharlotteChurch? Her parents story is so emotional, raw and human. I want to wrap her Mum up in my arms. It is so bravely addressing Mental Health.

#CharlotteChurch You know what, having watched the end. That raw, honest moment with Charlotte’s mum was beautiful. Yes they have faults, yes she has bad MH @ times, but their bond is closer than most.I really hope Maria continues to be well; she’s been through a lot ❤️

But one comment Charlotte’s mum made near the beginning of the documentary had viewers raging.

Some accused Maria of offering a “backhanded compliment” when she made a comment about Charlotte’s weight when the singer turned up at her home, right before setting out on their trip.

Maria said: “Give us a hug, haven’t seen you for weeks, have I? Have you lost weight?”

I had a nervous breakdown. It was just bloody awful.

When Charlotte asked, “Have I?” Maria stepped back to look at her and said, “Well…”

Charlotte clearly wasn’t bothered as she immediately burst out laughing, but on Twitter, one angry viewer wrote: “Gosh no wonder your relationship with your daughter is toxic and she doesn’t want to be around you, she just walked in the door and you bring up her weight straight away in a backhanded compliment.”

And someone else tweeted: “Her mother goes in with the backhanded compliment about her weight within seconds of seeing her. Classic narcissist. Credit to Charlotte for apologising for her past actions but not her mother.”

#charlottechurch in My Family and Me. Her mother goes in with the back-handed compliment about her weight within seconds of seeing her. Classic narcissist MO. Credit to Charlotte for apologising for her past actions but not her mother.

Nevertheless, various moments in the show proved that there is still so much love between them.

During one scene where they discussed Charlotte’s decision to walk out at 16, they managed to put their quarrels aside and hug it out.

Charlotte argued that she had “just needed some space” but Maria, on the verge of tears, told her: “I understand that, but 20 months you didn’t speak to me for. I was begging to see you. I went to pieces.”

Reconciled, they stood and threw their arms around each other, showing that their mother-daughter bond still holds strong, despite their differences.

At the end of the documentary, Maria said to Charlotte: “You are so beautiful and I am so proud of you. I don’t think I tell you enough.”

– Charlotte Church: My Family & Me is available to watch now on All 4

What did you think of the documentary? Leave us a comment on our Facebook page @EntertainmentDailyFix and let us know.