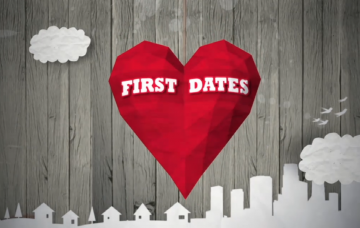 The 'what happened next' segment WILL return to First Dates, Channel 4 tells Entertainment Daily

When a dating hopeful returns to First Dates it usually means their initial appearance in the restaurant went very, very badly.

Several lovelorn contestants have been granted a second shot at love on the show even, with the diner dismissed by his date during the meal and the young wrestler whose date snuck out while he thought she was powdering her nose living long in the memory.

But now Channel 4 have confirmed a different memorable feature of the programme has been given another chance after fans were left raging by its absence from last night’s episode: the ‘what happened next’ segment will return!

A spokesperson told Entertainment Daily: “We enjoyed watching the daters in their joint post-date interviews so thought we would treat viewers to an ‘outtake’ round up.

“For future episodes the more familiar style catch-ups will return.”

Fans had been up in arms about the missing staple part of the show, presuming the catch-ups had been canned when excerpts from three couples’ post-date debriefs aired before the preview for the next week’s show and the end credits instead of the usual follow ups.

One furious viewer ranted: “Which wise [bleep] thought it would be great to cut that out?”

“#Bringthemback,” one viewer demanded, while another said the round up at the end of the show was the ‘best bit’.

Others admitted they were stumped at why the segment would be changed and insisted the pay off of finding out whether dates had progressed away from the cameras was vital for those watching.

That wasn’t a proper update! Did any of the couples see each other again? Why have they changed it?! #FirstDates

Great to see @firstdates back on @channel4 but please put the ‘What Happened Next’ captions back at the end of the show. It’s not the same without them – we’ve invested an hour in these dates and want to know whether they work out! #FirstDates

Sack the bright spark who decided to scrap the updates at the end!!?? That’s what we want to see! Omg I’m so annoyed right now!! #firstdates

@FirstDates What happened next? Bring this part at the end back please? Whoever decided to remove it needs banishing to channel 5…

So whose idea was that – no updates at the end? Duhhh. Some bright spark at @FirstDates got that horribly wrong. Get it sorted @fredsirieix1 old boy! #FirstDates

… Luckily, Channel 4 have sorted it. We love you, guys.

First Dates is on Channel 4, Wednesdays, from 10pm.