Reality TV star Chanelle Hayes has reportedly undergone a hair transplant after years of yo-yo dieting had a severe impact on her hair.

New pictures published by the Daily Mail appear to show she has had an operation to alter her hairline.

The former Big Brother favourite was reportedly seen leaving a Manchester hair clinic, with a line of pinprick scars visible on her forehead. The newspaper reported that Chanelle would have spent up to 12 hours enduring the treatment. 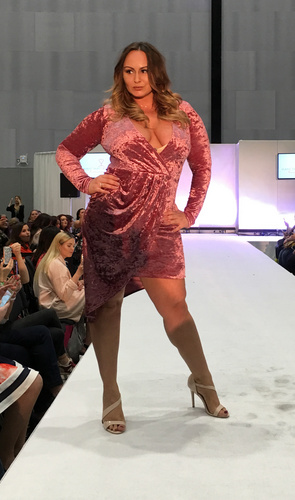 Read more: A third of men find it 'unacceptable' that women to gain weight in a relationship"

The procedure, more usually undertaken by men, involves removing individual hairs from a donor area - anywhere that is still growing freely - before being placed, one by one, into the affected area. After the tiny incision scars have healed, the result should be a fuller looking hairline.

In 2016, Chanelle appeared on ITV daytime talk show Loose Women in a bikini to discuss being happy with her body, at any size. But she also confessed that she had paid a price for starving herself over the years.

"My doctor told me I'd done lasting damage and there's nothing I can do to change that," she revealed.

"My hair is so thin and horrendous from the lack of nutrients, I've got like five real hairs left.

"When I was excessively dieting it got thinner and it's never recovered.

"My nails are in a bad way too - I have to have false ones on because they're too weak and flaky." 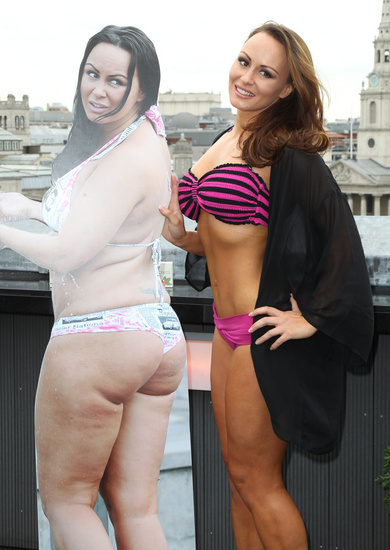 Chantelle has been a yo-yo dieter for years (Credit: Andy Barnes/FameFlynet.uk.com/SplashNews.com)

The mum of two has been a yo-yo dieter for years. She was only 19 when she burst to fame on Big Brother in 2007, and went on to have a public relationship and break-up with fellow housemate Ziggy. The pair were reunited in 2018 on Loose Women.

At the end of last year, Chanelle posted side-by-side pics on Instagram to show her followers that a bout of hard exercise and healthy eating had resulted in three-stone weight loss.

But she emphasised that her latest regime was a more lasting change for her health, not just for looks.