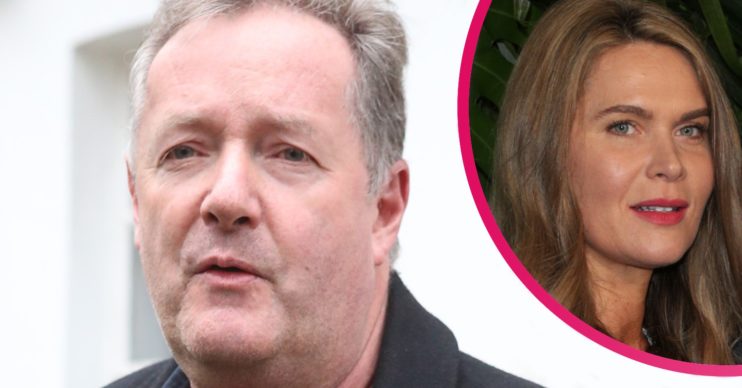 She's had enough of him already!

In the latest Piers Morgan news, his glamorous wife Celia Walden is begging for him to get a new job.

The journalist, 45, says she’s had enough of the former Good Morning Britain host, 56, mooching about the house.

In fact, she says he was good as gold back in his GMB days.

He was often so tired from his early morning shifts that once at home he would just chill out on the sofa.

But since his sensational exit back in March, Piers is now constantly up and about at home – and with little to do.

Piers Morgan catatonic on the sofa

Celia told The Sun, Celia moaned: “But really, he used to come back and by 9am was absolutely flattened, lying there on the sofa, catatonic, not bothering anyone.

“Unfortunately he’s got all his energy back now. Please, someone, just give him a job!”

However, she did say that now, when they are out and about, he is treated as a “national treasure”.

And she appears to have plenty of public support since walking out on Good Morning Britain.

While over on Instagram, Piers posted a snapshot of the article in print.

After dozens of his fans offered him odd jobs, Celia replied: “Thank you to everyone offering him work laying linoleum etc. He’s available.”

And Gemma Collins said she missed him on GMB: “The mornings are not the same without you!! Time to liven the nation up.”

Why did Piers Morgan quit GMB?

Piers quit ITV after Meghan Markle reportedly complained to the channel over his claims.

He had said live on air that he didn’t believe any of Meghan’s accusations during her interview with Oprah Winfrey.

Refusing to apologise for his remarks, he instead quit the show.

In a recent interview, Piers said he is still being paid by ITV until the end of the year when his contract expires.

He insists he hasn’t been ‘cancelled’ and has an exciting project up his sleeve.

And that it will ‘surprise’ everyone. Piers told Jan Moir that it “will take everyone by surprise, it is not what you expect”.

Let’s hope for Celia’s sake it gets off the ground soon!