Viewers of Celebrity X Factor were left in tears over Vinnie Jones' performance.

The former footballer has had a tough time this year after his late wife Tanya passed away aged 53 in July after a six-year battle with skin cancer.

Vinnie sang Everybody Needs Somebody to Love by The Blues Brothers and said his wife wanted him to do the show. 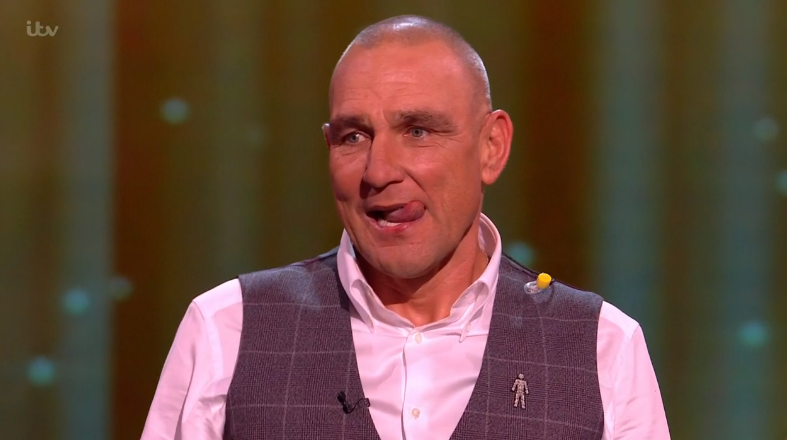 Read more: Kevin McHale in doubt for tonight's X Factor: Celebrity as he is 'under the weather'

Viewers were emotional over Vinnie's performance.

One person said on Twitter: "Bloody hell @VinnieJones65 got me before he even sang but watching that crowd had me in tears!!"

Another wrote: "Me watching Vinnie fight back the tears."

Bloody hell @VinnieJones65 got me before he even sang but watching that crowd had me in tears!! #doitfortanz #CelebrityXFactor

A third tweeted: "So proud of you Vinnie. Well done."

Others have already called Vinnie their winner.

One said: "@VinnieJones65 to win #CelebrityXFactor just because I think he’s brilliant in general."

Even judge Simon Cowell predicted Vinnie will win the show.

He said: "I would say, after that, you could actually win this competition. I have so much respect for you as man, everything you've been through and I know it's been tough.

"I think you've bought the show to life."