Many viewers of Celebrity X Factor were thrilled as The Chase's Jenny Ryan got a safe seat during tonight's show.

Judge Nicole Scherzinger was so wowed by Jenny's performance that she gave her a safe seat, meaning she's through to next week and avoids the public vote.

Jenny wowed both the judges and viewers with her performance but Simon Cowell insisted he didn't chuck her out of the competition after she wasn't given a space in the live shows. 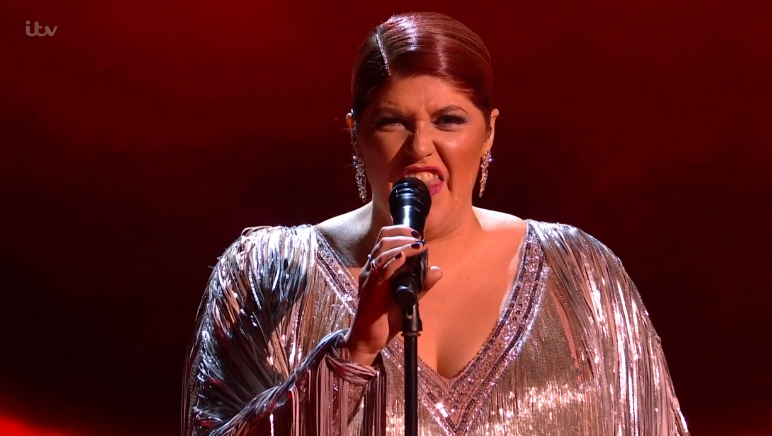 Read more: Kevin McHale in doubt for tonight's X Factor: Celebrity as he is 'under the weather'

Only last week, it was confirmed Jenny would be returning.

He said: "I never got a chance to say to Jenny, I tried to keep you in the competition it was these two [Nicole and Louis Walsh] who kicked you out.

"It's true. That was a great performance."

Meanwhile, many viewers took to Twitter to express their delight on her making it through to the next round.

One person said on Twitter: "Goosebumps much @jenlion wow that was outstanding so glad we got #thevixen back #CelebrityXFactor."

Another wrote: "Omg that woman Jenny from The Chase is AMAZEBALLS. Love her voice. He'll have her singing a Bond song."

Omg that woman Jenny from The Chase is AMAZEBALLS. Love her voice. Hell have her singing a Bond song #CelebrityXFactor

However others wondered if she was "miming".

One person said: "Amazing singing but was Jenny Ryan just miming?" while another tweeted: "Jenny was miming."

Looked like jenny was miming????🤔or woz the screen begins d out of sync ?🤨#CelebrityXFactor

Nicole had told her: "I don't even know where to start with you.

"I'm blown away right now. I'm honestly speechless. That performance was ruthless because you blew the roof off of this place right now.

Omg that woman Jenny from The Chase is AMAZEBALLS.

"This is your moment tonight so that's why I am giving you my safe seat."

An emotional Jenny said: "Thank you," as the audience clapped and cheered.