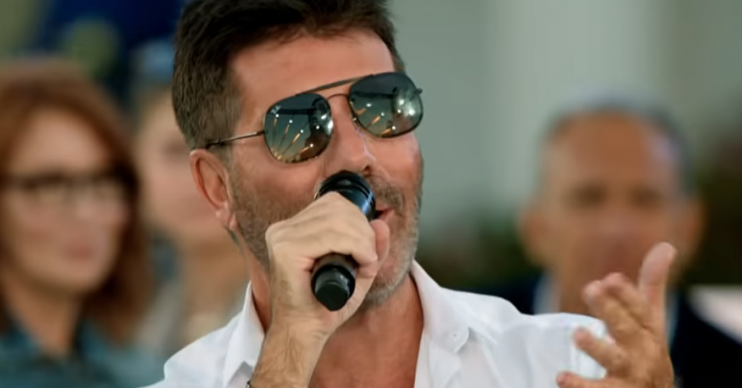 TV guru Simon Cowell has unveiled his all-star line up for The X Factor: Celebrity.

The collection of famous faces who will be showing off their singing skills in the new telly format was revealed in a dramatic video released across social media.

The clip begins with Si, 59, insisting: “It’s time for something different.”

He will be joined on the judging panel by longtime collaborators Louis Walsh and Nicole Scherzinger as they determine which celebrity – none of whom have made their names through singing – should triumph.

“This could be carnage,” Louis admits as presenter Dermot O’Leary chews his fist with concern.

The The X Factor: Celebrity ranks are packed with reality show regulars, including Megan McKenna and Love Islanders Wes Nelson, Samira Mighty, Eyal Booker and Zara McDermott, who will form a group in the competition.

There are also several sports stars looking to exercise their lungs, with Thom Evans, Ben Foden and Levi Davis forming another group and footballing hardman-turned actor Vinnie Jones also on board.

Vinnie will not be the only thespian to participate, however – ex Corrie actress Victoria Ekanoye (who played Angie on the cobbles), EastEnders’ Jonny Labey (Paul Coker) and Jeremy Edwards (formerly of Hollyoaks) will be warming up their voices for the ITV series, too.

Read more: When are This Morning and Loose Women not on because of Rugby World Cup?

Strictly veteran Jeremy will also be buddying up as part of his act – with dance veteran Brendan Cole, best known for his stint on Strictly.

Other participants who make their living pretending to be other people – and have made their mark with singing roles – are Glee’s Kevin McHale (Artie Abrams) and Olivia Olson, who played Joanna in Love Actually.

Jenny Ryan of The Chase will be out to prove she’s as accomplished as belting out a tune as she is as winning quiz offs and chat show host Ricki Lake will also hope her ability to hold a note will do the talking for her.

Journalist Martin Bashir has also signed up, as has Hayley Hasselhoff – daughter of David – and influencers Max and Harvey.

The line-up was met with a mixed reaction on Twitter earlier today.

“Not gonna lie, I will be watching this,” remarked one social media user.

“We love every single one of them,” another commented about the celebs participating.

But another person reacted: “Can’t believe X Factor Celebrity has been announced and the line up is made up of influencers, Love Island stars and a few random ITV talents.”

And another simply commented: “Meh.”

– The X Factor: Celebrity begins on ITV in October