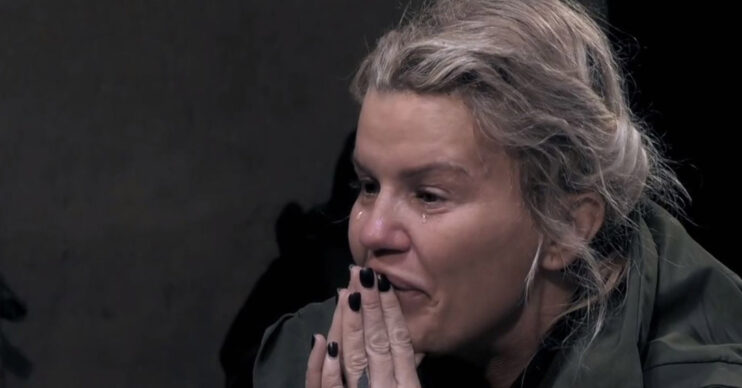 Celebrity SAS: Who Dares Wins star Kerry Katona has spoken out after quitting the show during last night’s episode.

The gruelling second episode saw mum-of-five Kerry decide to leave the course after reaching her limit.

After struggling with an exercise, Kerry handed in her arm band to instructor Ant Middleton.

A tearful Kerry said: “I know I’ve done the right thing. It’s been amazing, I have actually loved it.

“I might not have been the first but I got from the bottom to the top or top to bottom in my own time.”

Meanwhile, following her departure, Kerry issued a message on Instagram.

She wrote: “Turned out I wasn’t made for the SAS! @sas_whodareswins will hang my head in shame!

“Nah even in the little time I was in there which felt like a forever.. I realised I never have to prove myself to anyone ever again! I am me!

“Take it or leave it! I’ve gotten through so much [bleep] in real life… and I’m actually proud of myself!”

Her followers sent their praise and support to Kerry for doing the show.

One person commented: “Hold you head up bloody high! You are an incredibly strong woman who deserves nothing more then complete love, support and happiness.”

Another wrote: “And so you should be girl be proud of who you are and what you came through.”

A third said: “The way you’ve turned your life around is a huge achievement. You’re an inspiration.”

Meanwhile, Kerry said Ant Middleton shouting at her “catapulted” her back to when her former husband George Kay “spit in her face”.

She told the Mirror: “There was one point where Ant grabbed me and he said: ‘You’ve got [bleep] more to prove than anybody else, just own that.’

“I couldn’t sleep that night. He didn’t mean to… he just kind of catapulted me back to when George used to spit in my face.”

Speaking about her exit, Kerry added: “I did not need to continue to be shouted out, and fail, and collapse, and get told, ‘Oh you’re [bleep].’ I’ve been through all that in real life.”