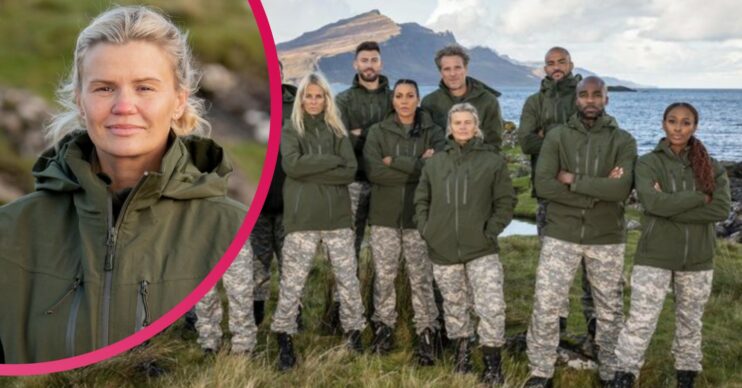 Kerry described by co-star as an "absolute machine"!

The Celebrity SAS: Who Dares Wins 2021 cast has been revealed – and it contains “absolute machine” Kerry Katona.

Kerry is joined on the Channel 4 military training reality show by pal Ulrika Jonsson, who has described it as “singly the most profound experience of my life”.

But it seems Kerry may demonstrate how she should not to be underestimated after fellow participant Jake Quickenden hailed her on Instagram.

Where does Celebrity SAS 2021 take place?

The famous faces will be put through their paces on the Inner Hebrides island of Raasay.

The series was filmed last October and this third celebrity instalment gas been hyped as “one of the toughest selection courses yet”.

Chief instructor Ant Middleton is part of the team who ensure the celebrities don’t have an easy time of it.

But this series will mark his final appearances on the show. He was axed by Channel 4 earlier in 2021.

It was announced the former soldier had moved on following a backlash against comments he made about Black Lives Matter.

Channel 4 said in a statement he would not be taking part in future series. The decision came following “a number of discussions” regarding his “personal conduct”.

It added: “It has become clear that our views and values are not aligned. we will not be working with him again.”

– Celebrity SAS: Who Dares Wins airs on Channel 4 on Sunday August 29 at 9pm.