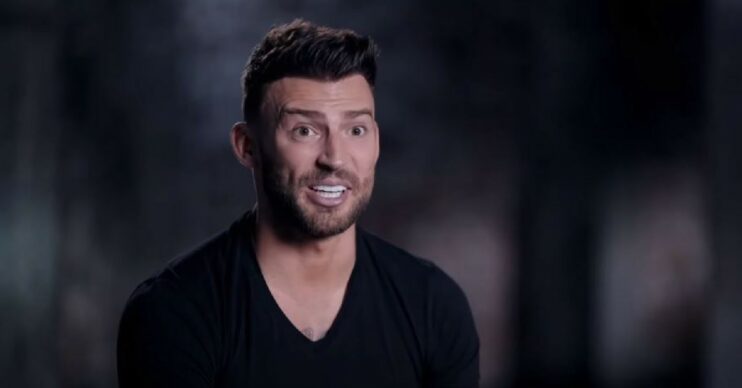 Celebrity SAS star Jake Quickenden was hospitalised and forced to withdraw from the show as reported injuries continue to pile up.

According to The Sun, Jake ‘ripped tendons from the bone’ due to the freak accident, leaving him “absolutely devastated”.

The former X Factor singer needed an op after sustaining the injury, which occurred during Celebrity SAS: Who Dares Wins filming as he attempted to pull himself onto a boat.

Jake revealed to the tabloid he lost all feeling in his arm for two days following surgery.

He explained he ruptured his pectoral and his bicep, tearing tendons straight off the bone.

“I had to have them stretched back to my shoulder. I have got four pins in my shoulder now where they are all pinned back into place,” Jake said.

However, Jake indicated having to drop out of the Channel 4 show was even more of a ‘nightmare’ than the discomfort.

I have got four pins in my shoulder now.

Jake hopes to return to the military training series in 2022 as he hopes to take on the interrogation challenge, a stage he didn’t reach for this run.

Who else has suffered injuries in this series of Celebrity SAS?

Beware – the following may contain spoilers

This third series of Celebrity SAS: Who Dares Wins seems to have suffered more health scares than previous series.

Ulrika Jonsson and Kerry Katona are the only two celebs whose departures have been seen on TV so far.

However, while Kerry voluntarily withdrew, Ulrika was forced out on medical grounds after getting hypothermia in the first episode.

Saira Khan is still part of the competition as far as viewers are concerned, but she has indicated she is taking legal action after breaking her ankle.

The ex Loose Women star said in August she has “life-long scars, physical ones”.

“That’s very hard to cope with,” she told The Sun.

Furthermore, Kieron Dyer reportedly punctured a lung after fracturing his ribs. He reflected scenes were possibly edited because of injuries suffered by participants.

And reports last week also suggested TV presenter Ore Oduba passed out in a river and was unresponsive for half a minute.

Ore told The Sun: “They pulled me out and got me in the Jeep. The guys told me I was unresponsive for about 30 seconds.”

Who else has withdrawn from Celebrity SAS on medical grounds?

However, it remains unknown whether the injuries sustained by the celebs – Jake and Ulrika aside – still in the show are serious enough to eliminate them from it.

But previous series have indeed seen famous faces knocked out because of injuries.

Needing stitches in her hand, the cut was serious enough for her to hand over her armband and quit.

And DJ Yasmin Evans also endured a trip to hospital, to treat trench foot – but that happened in the days following her elimination.