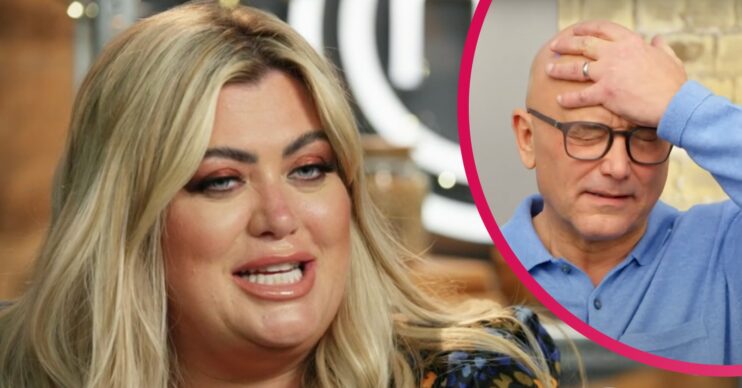 Not only did the reality star suffer an embarrassing blunder on the show, but she also seemed to get on lots of viewers’ nerves!

What happened to Gemma Collins on Celebrity MasterChef?

The Celebrity MasterChef: Christmas Cook-Off aired last night, and TOWIE star Gemma Collins was one of the contestants. The 40-year-old didn’t take long to make an impact, as she made an embarrassing blunder that left Gregg Wallace stunned.

The star’s hilarious mistake happened when she was whipping up a British Sticky Figgy Pudding. The star swapped out the cranberries for something a little…hotter.

“I can’t bear recipes,” Gemma said as she prepared her dessert. “I like to be a free-spirited cook.”

Gregg Wallace certainly didn’t appreciate Gemma being a “free-spirited cook” when he bit into her pudding later on.

“Have you put chillies on here as well?” he asked the star.

“No, they’re cranberries,” Gemma replied. Gregg then took a bite out of the pudding and roared in alarm.

“Woah! That’s a chilli!” he said, causing Gemma to laugh. “Maybe the brandy had got to me!” she said.

What did viewers say about Gemma Collins?

Many viewers were unimpressed with Gemma’s appearance on Celebrity MasterChef in general, let alone her hilarious mistakes.

“I love MasterChef but Gemma Collins and Joe Swash? Can’t do it, even thinking about it makes the IQ drop and suddenly feel very vacuous and disingenuous. Brainless drivel,” another said.

“Joe Swash and Gemma Collins on the same show. The best advert ever for contraception,” a third viewer said.

Not everyone hated Gemma’s appearance on the show though.

Another viewer said that Gemma being on both Celebrity MasterChef and the Weakest Link on the same night was a “Christmas present”.

What else happened on Celebrity MasterChef?

Despite literally blowing Gregg Wallace away with her cooking, the 40-year-old didn’t walk away with the coveted Golden Whisk.

Read more: Gemma Collins thanks boyfriend Rami’s ex for enabling her to be a loving stepmother

“I think the Parish will want to take the whisk in procession around the town where the townspeople will come out and fall to their knees and worship the historic and holy golden whisk of MasterChef,” he said.

Despite her semi-disastrous appearance on the show, Gemma was unbothered.

“It’s Christmas huns, let’s not stress. Sprinkle the glitter, what could go wrong?” she said.

What did you think of Gemma’s appearance on Celebrity MasterChef last night? Leave us a comment on our Facebook page @EntertainmentDailyFix and let us know. 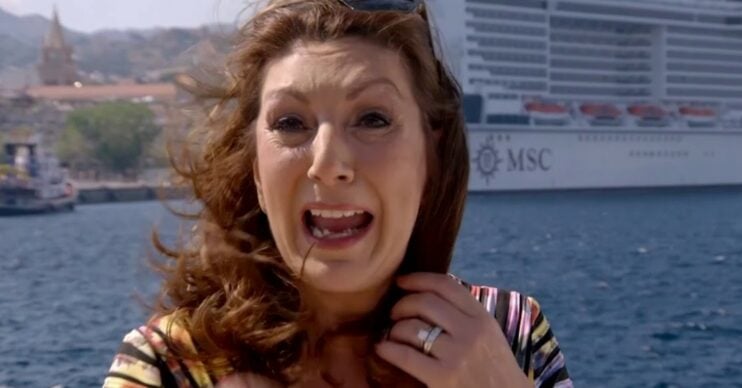