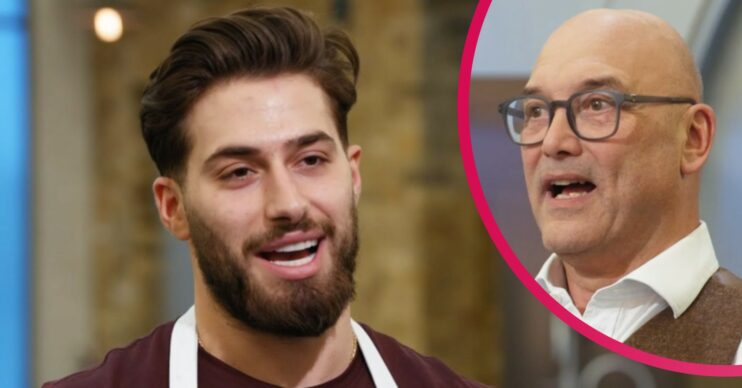 Did you agree with the judges' assessment?

Judge Gregg Wallace announced the Love Island star as the first famous face to go through to the next stage. And fellow judge John Torode admitted he was impressed with Kem’s efforts.

Celebrity MasterChef: What did the judges say about Kem?

“Kem has become the surprise of the competition,” John said, reflecting on the reality star’s Turkish dishes.

“He served two courses I thought were faultless!”

Gregg added: “We loved it. The dining room loved it. Kem enjoyed doing it – John, it was great!”

Similarly, those watching at home seemed quite surprised at Kem’s achievement.

But not everyone was as supportive as Gregg and John.

How did fans react to Kem?

Some viewers expressed on social media how impressed they were with Kem’s cooking.

One such person tweeted: “Kem’s had a brilliant round this has really surprised me #CelebrityMasterChef. Well done Kem.”

However, many others were perplexed at how he had even made it to this stage of the series.

“How has Kem Cetinay made it through to the final? He has been the worst. No way should Michelle Collins or Johannes have gone before him #CelebrityMasterChef,” one person claimed on Twitter.

How the hell did Kem get through?

Another wrote: “How the hell did Kem get through? I mean honestly! #CelebrityMasterChef.”

A third baffled person joked: “Kem: ‘I never thought I’d get this far.’ No mate, neither did we! #CelebrityMasterChef.”

Meanwhile, another person who wasn’t wowed indicated Kem’s cooking wasn’t all that, in their opinion.

They reflected: “Yesterday he stuffed a pepper and today he made some lamb chops. Come on Kem really? #CelebrityMasterChef.”

When is the Celebrity MasterChef 2021 final?

However, that also means the grand finale to the series is nearly upon us.

The first semi-final is on the box next Wednesday (September 8).

– Celebrity MasterChef next airs on BBC One on Wednesday September 8 from 9pm.