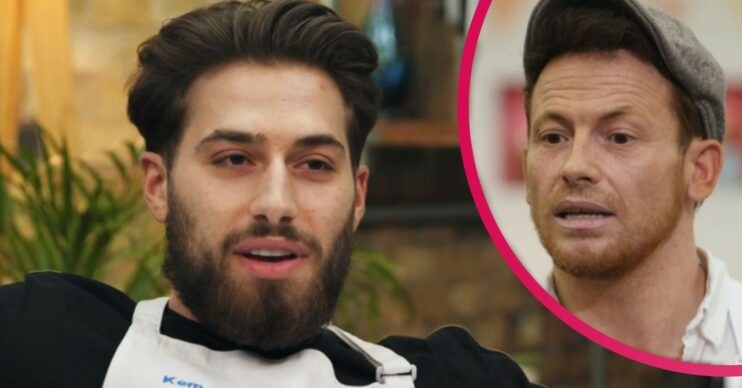 Joe made it through to the final last night

The Love Island star made it through to the final week after wowing judges Gregg Wallace and John Torode with his dishes.

However, his journey came to an end last night (September 15) after the judges said none of the contestants “nailed their dish”.

Kem was revealed as the latest star to be sent home.

Read more: Celebrity MasterChef on BBC One: Who’s in Finals Week, and what are their odds of winning?

He said: “I feel a little bit gutted, but I can’t help think: ‘Kem look how far you have come on.'”

However, viewers weren’t impressed with the decision and thought Kem was “robbed” of a place in the final.

Some also wondered why Joe was still in the competition.

One person said on Twitter: “Kem you were robbed. #CelebrityMasterChef.”

Another wrote: “@KemCetinay you were robbed Megan’s desert was raw inside. Hold your head up high.”

A third tweeted: “How on earth is Joe Swash still there and Kem has gone?”

Another agreed: “How Joe has made the final 4 baffles me? He should of gone home tonight over Kem.”

Meanwhile, others believed it was the right decision.

One commented: “Right result last night, Kem’s been great but it’s so near the final now, one little error is enough to go.”

Another said: “I think that’s the right decision. Kem has done really well…good luck to him.”

During Wednesday’s show, the celebrities faced their most challenging task.

They worked at the Holborn Dining Rooms pie room with chef Calum Franklin as they each took on the challenge of reproducing one of Calum’s creations for a dining room of pie experts.

After that, the stars returned to the MasterChef kitchen to create a dish inspired by the flavours of the sweet shop.

Celebrity MasterChef continues on BBC One, tonight, at 8pm.

Should Kem Cetinay have left Celebrity MasterChef last night? Leave us a comment on our Facebook page @EntertainmentDailyFix and let us know.