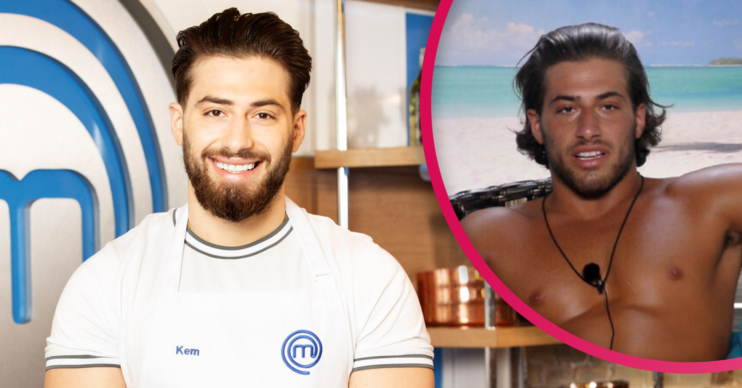 The Love island champ has led a tough life

Kem Cetinay may seem fun-loving on Celebrity MasterChef, but he’s previously revealed that he struggles a lot when the cameras stop rolling.

TV favourite Kem rose to fame on Love Island, and no one would have ever guessed he was secretly battling mental health issues.

However, Kem, 25, has been brave enough to speak out since winning the dating show back in 2017.

He previously revealed that his battle with anxiety began after his mother fell into a coma.

The Celebrity Masterchef star was just 10 when his mum was struck with septicaemia. At the time, she was given 24 hours to live.

“I started becoming obsessive about my mum, I wouldn’t leave her side,” he told The Sun.

It was soon after that when he suffered his first public panic attack. But things only got worse.

When Kem was 14 he went to have his tonsils removed, but due to an infection, he was left with severe kidney failure.

“I refused to go out to public places. I started having to leave lessons because I felt like I was having a panic attack,” he said.

“Then I started to refuse to go to school. It was then they decided they wanted me to see someone.”

He said during an appearance on This Morning: “We accepted I wasn’t going to get any grades. I left school with one GCSE which is my biggest regret.”

Kem was put on medication, but he revealed that it didn’t end up helping and he was left battling suicidal thoughts.

“My mum found the notebook. The things I used to write about suicide.

“She said it contained some of the darkest things she’d ever read. Like that it would be easier to not be alive because I was such a burden on everyone else.”

Things turned around for Kem when he turned 20, and his decision to go into Love Island changed him forever.

However, his mum was initially hesitant about him being on the ITV show.

“My question was: ‘Why would you do this after everything you’ve been through?'” she said on This Morning.

“In our case, I think it actually helped Kem because he came to terms with himself.”

Celebrity MasterChef continues tonight (September 1) at 9pm on BBC One.