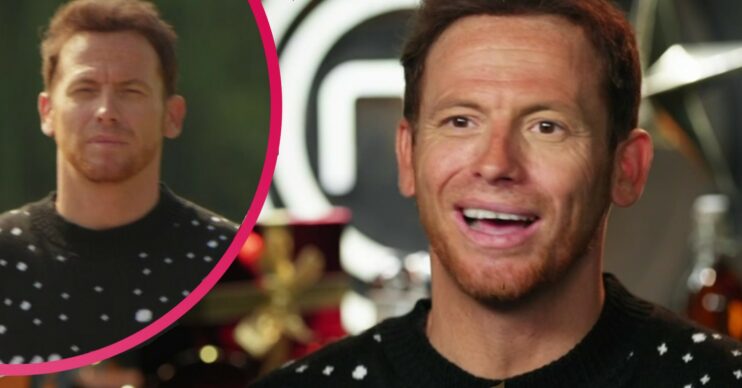 Joe appeared in the Christmas special

TV star Joe was back on the show for its special Christmas Cook-Off edition, but fans weren’t massively impressed.

Read more: Joe Swash’s mental health battle which made him fear he was going to die

In fact, they all pretty much agreed on one thing, that Joe is extremely messy in the kitchen, taking to Twitter to air their thoughts.

“Joe Swash is so messy it’s not surprising that @StaceySolomon has a show where she tidies up, obviously too much practice at home,” quipped one watcher.

Wouldn’t let Joe Swash decorate your tree would you?

Another added: “Why did they bring back that disgustingly messy and extremely annoying Joe Swash? He should be banned from the #CelebrityMasterChef kitchen. He’s a disgrace and should be made to clean up his own mess.”

“Glad I don’t live with Joe Swash, how messy is he! I know he acts like a 10 year old but there’s something quite loveable about him, apart from the mess,” agreed another.

But a fourth tweeted: “Joe’s messy cooking is literally how I cook lol.”

It’s not just the viewers who think Joe is messy in the kitchen.

Host John Torode said: “Joe is ambitious but he does get himself in a bit of a mess.”

It was announced last month that Joe would be returning for the BBC special, despite dividing viewers when he appeared in the full series earlier this year.

But he didn’t manage to win over everybody during the series earlier this year.

“If Joe Swash wins this year’s MasterChef I will never watch again. Everrrrr!” one said at the time.

Another added: “If Joe Swash wins this I am done with the show forever!”

Read more: Stacey Solomon reveals why Rose will be her last child

However, it wasn’t all bad.

“Makes a change having someone who doesn’t take himself too seriously and laughs at himself.”

Sadly, Joe didn’t win the Christmas Cook-Off, despite impressing the judges with his dishes.

You can catch the episode again on BBC iPlayer.