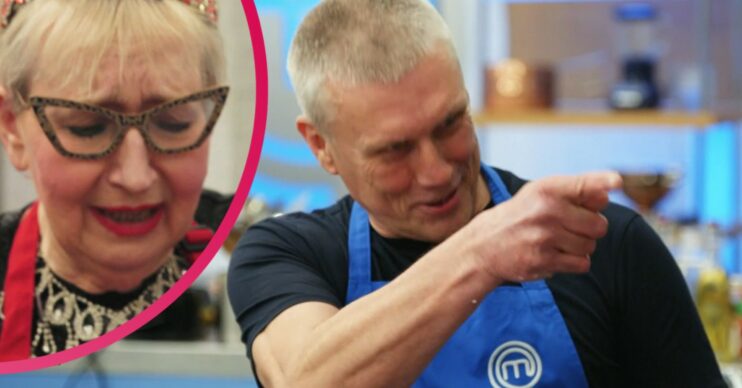 Celebrity MasterChef: Sandwich challenge under fire as fans call for Bez to win

BBC viewers couldn't get their heads around the latest task

Celebrity MasterChef fans were baffled when the celebs were challenged with making a sandwich during the latest semi-final round.

After a teamwork challenge, the BBC One stars were introduced to special guest Max Halley.

Judge Gregg Wallace then revealed what Max’s speciality is, to the surprise of viewers.

“We have got a special guest. A chef who has dedicated his life to the perfection of a very British institution – the sandwich,” he said.

Max then did a cooking demonstration, before asking the celebs to make their own “super sandwich”.

“I have my own sandwich mantra. Every sandwich we have ever served adheres to these six rules: hot, cold, sweet, sour, crunchy, and soft,” he explained. “For me, it’s the secret of deliciousness.”

As a result, MasterChef fans rushed to social media to share their confusion about a sandwich being the task on a cookery show.

Many claimed it was far too easy, especially for a semi-final challenge.

“When I trained to be a chef we didn’t learn how to make a sandwich it seems a bit too easy!” said one viewer.

A second confused fan said: “Cannot believe they’re about to eliminate someone over a sandwich #CelebrityMasterChef #MasterChefUK.”

Another added: “One hour to prepare a sandwich! This is supposed to be MasterChef!”

Call me pedantic if you like but aren't you supposed to be able to hold a sandwich in your hands? These things look like they'd implode the second you pick them up #CelebrityMasterChef

#CelebrityMasterChef one hour to prepare a sandwich! This is supposed to be Master Chef!

This sandwich round is beyond belief #CelebrityMasterChef

Meanwhile, despite the complaints, Happy Mondays singer Bez was chuffed with the challenge.

“I’m a northerner. We love our butties,” he laughed. “Yeah so if you can’t make a good butty you’re living in the wrong town.”

However, in the end, it was Su Pollard who ended up being eliminated during Wednesday’s show.

Furthermore, after seeing him excel at the task, fans called for Bez to be crowned the winner of this year’s series.

“Getting Bez on #Masterchef was a stroke of genius,” tweeted one viewer.

In addition, a second said: “Bez‘s sandwich only confirms my belief he’s going to win this thing.”

“Bez to win, he’s just amazing and so very humble about his achievements,” tweeted a third.

Meanwhile, a fourth added: “I said it from the start, Bez to win #celebritymasterchef! The guys a culinary genius!”

Who do you want as the winner of Celebrity MasterChef? Leave us a comment on our Facebook page @EntertainmentDailyFix and let us know what you think of this story.