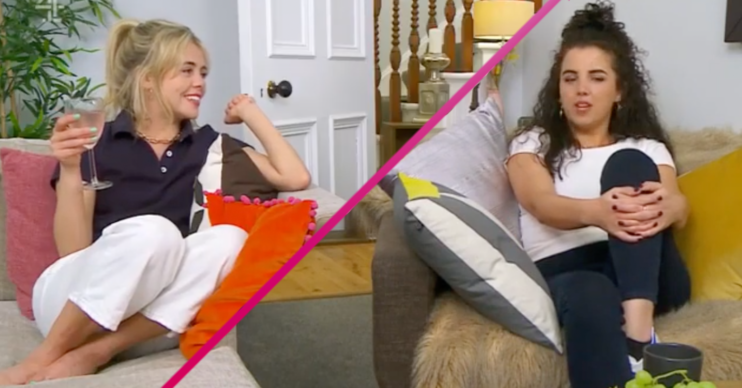 Celebrity Gogglebox: 5 other stars we’d love to see on the show after Derry Girls cast prove to be a huge hit

Saoirse-Monica Jackson and Jamie-Lee O'Donnell went down a storm

Celebrity Gogglebox fans have delivered their verdict after the stars of Channel 4 sitcom Derry Girls made an appearance on last night’s show (June 25).

And Saoirse-Monica Jackson and Jamie-Lee O’Donnell were given a huge thumbs up by viewers.

In their segments, the Northern Irish twosome indulged in some witty banter, in which they discussed things like their double-barrelled names and blind dates.

And Celebrity Gogglebox fans took to Twitter in their droves to say how much they enjoyed it.

What did the Derry Girls stars say on Celebrity Gogglebox?

Saoirse-Monica, 27, and Jamie-Lee, 29, seemed to be in good spirits as they relaxed on armchairs in front of the telly.

At one point, Jamie-Lee described her double-barrelled name as “a bit hillbilly”. She added: “In certain parts of the world, I think I would be.”

Her co-star responded by saying that she had no plans to change her name, quipping that she just says it “louder all the time”.

Another moment saw them watching a clip of Channel 4’s First Dates, which prompted Jamie-Lee to recall when she went on a blind date.

The actress admitted that it “ended horribly”, adding that her date “really didn’t like Irish people”.

What did viewers say about their appearance?

Viewers seemed to love the girls’ appearance on the show, with Twitter soon buzzing with positive comments.

One fan wrote: “The addition of Derry Girls to Celebrity Gogglebox is a stroke of genius.”

Another added: “Can I say love, love, love… proper crack me up.”

And a third chipped in: “Celebrity Gogglebox should just be made with the Derry Girls, no need for anyone else.”

Well… we’ll have to agree to disagree on that one – as we reckon there are quite a few other famous faces who would go down a storm on the show.

Having the former Good Morning Britain presenter on the show would make for great TV.

Piers isn’t known for mincing his words – and we all know that he’s at a loose end since walking out of the ITV breakfast show.

Plus, should Meghan and Harry sign up for another sit-down with Oprah, it would be TV gold.

We’d love to see Katie appear on the programme alongside her son Harvey.

The two of them always make a lovely double act – although Channel 4’s censors might need to be on hand for Harvey’s language!

As for Pete, we don’t mean we want him to appear at the same time as Katie – we’re not sure either of them would be up for that.

But Pete’s just a nice bloke – and we all need a bit of positivity at the moment!

An appearance by the Strictly Come Dancing judge would just be fab-u-lous.

Mind you, we don’t think he’d speak very highly of most of the programmes!

Yes, we’re aiming high, but can you imagine how good it would be to watch the royals watching telly?

Will and Kate would settle down after putting the kids to bed, Charles and Camilla could pop in for a nightcap and the Queen might just surprise us all by revealing she’s a fan of Naked Attraction!

Who would be your dream Celebrity Gogglebox castmates? Leave us a comment on our Facebook page @EntertainmentDailyFix and let us know.