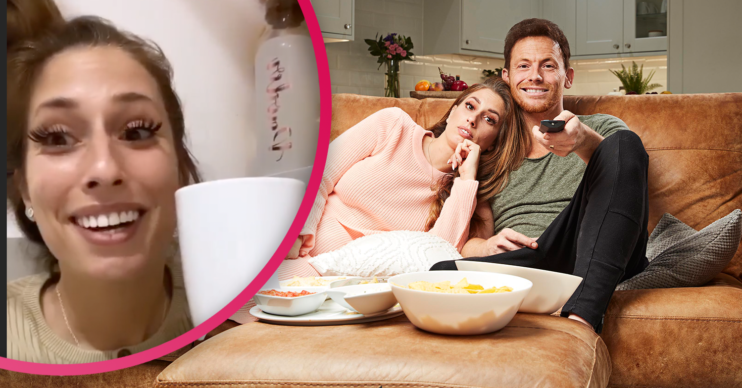 Fans love to follow their antics on social media

Stacey, 30, and Joe, 38, have both been known to hawk products and feature sponsored ads on Instagram.

EST1897 has ranked who they believe to be the highest earners on Celebrity Gogglebox.

And Stacey and Joe come out almost on top.

Although British YouTuber KSI comes in at number one, Stacey and Joe are second and third respectively.

However, Stacey Solomon, can command an estimated £14,700 per sponsored post.

And her partner Joe Swash, can earn up to £6,500 per sponsored post.

Impressive, especially considering all three are avid users of the social media platform – although we don’t know how much they actually do earn.

A spokesperson for EST1897 said: “Celebrity couple Joe Swash and Stacey Solomon are the highest-earning couple on Celebrity Gogglebox!

“Their memorable stints on I’m a Celebrity have earned them a combined following of just under 5 million who they now share family images with, featuring their newest addition Rex.

Read more: Viewers beg for Matt Baker to return to BBC’s The One Show

Just last month Joe shared a sponsored ad post in partnership with Disney Plus to his 1.5 million Instagram followers.

Here he posed with son Rex and Stacey’s son Zachary to promote the Disney streaming service.

The post earned over 47,000 likes, with many fans sharing their approval of the new platform.

Despite Stacey’s huge earning potential through Instagram, she has recently vowed to quit social media for periods of time.

The mum-of-three addressed her some 3.5 million Instagram followers earlier this week: “Having a strange morning this morning.

“Some days I just wake up on the wrong side of my brain…I always do my best to ignore nastiness because deep down I feel sorry for people who want to hurt others or try to bring them down…I feel awful for how sad they must be deep down.

“But some days it’s not so easy to ignore and the nastiness gets in. All part of being human I suppose.

“Anyway I’m going to put my phone in the drawer again today and shake it off.”

However, her absence was short-lived, as she has posted to her Instagram stories in the days since.