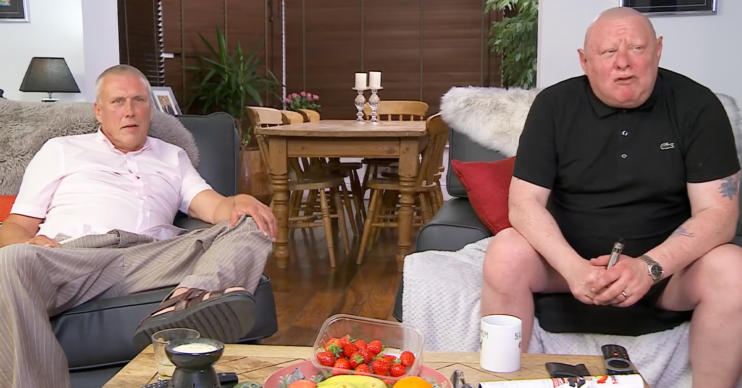 The star is a father of six

Celebrity Gogglebox star Shaun Ryder has shared a rare picture posing with two of his daughters.

He said: “Dad and two of his girls – first and third born… Jael and Lulu.”

How many kids does Celebrity Gogglebox star Shaun Ryder have?

He fathered a child with a woman named Felicia and had a rocky marriage to Oriole Leitch.

They had a daughter together, Coco, but it’s not thought that Shaun and Coco are in touch.

In 2013 she gave an interview slamming her rock star dad.

She said: “He left when I was five and for years I constantly asked where my daddy was.

“All my brothers and ­sisters have been kept away. I found out I had a brother at the age of nine through a newspaper,” she claimed.

Coco added: “I have to accept it now, we are done.”

And it’s his girls that he credits with saving his life and helping him to kick heroin.

What did Gogglebox fans say about the picture?

Shaun’s fans were pretty unanimous after he shared the family photo.

Almost all of his followers commented that he looked as pleased as punch to be their dad.

“Proud dad,” said one fan with the red heart emoji.

“Very proud dad I think and rightfully so,” said another.

“That’s a happy man,” another commented.