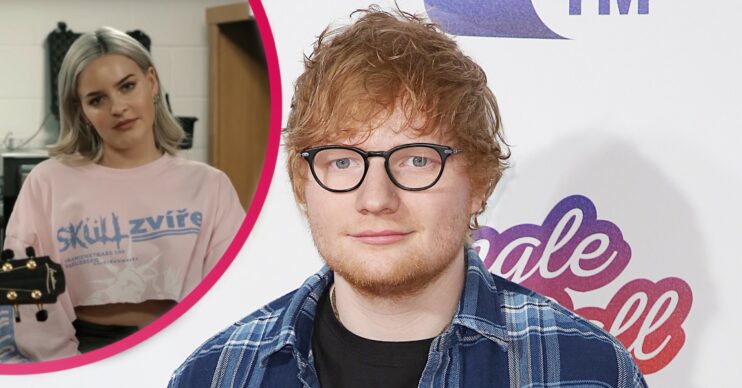 He and Anne-Marie are old friends

Celebrity Gogglebox will see Anne-Marie swap her usual sofa partner Sir Tom Jones for Ed Sheeran in her next episode.

The duo who are firm friends will hit screens together on Friday (July 9).

The news of the big name collaboration was confirmed via Twitter from the official Gogglebox account. They wrote: “@annemarie is back and joined by another music legend, Ed Sheeran! Join us as this pair really do some Thinking Out Loud NEXT FRIDAY on brand new Celebrity Gogglebox, 9pm on Channel 4.”

Fans are used to seeing Ed and Anne-Marie together, with the pair previously toured together and regularly duet. He also helped to write her UK top-three single 2002.

Ed recently returned with new single Bad Habits that sees him dress as a vampire in the video in tribute to one of his favourite TV shows Buffy The Vampire Slayer.

Talking about their upcoming appearance Anne-Marie said: “I’ve asked one of my best friends, Ed Sheeran, to join me on Gogglebox .

“I haven’t seen him in real life for so, so long and when we used to hang out, we would always watch lots of TV. So, it will be like old times. I can’t wait.”

But there’s still competition for Ed if he thinks he will supersede his predecessor. Some fans have even called for the pair to release a duet since their recent couch-based antics.

So Ed will have some big shoes to fill. Sir Tom is also a huge hit with fans thanks to his wacky revelations on the sofa.  One episode saw the Welsh crooner confess he still uses a flip phone.

Catch Ed and Anne-Marie on Celebrity Gogglebox, Friday July 9 at 9pm on Channel 4.