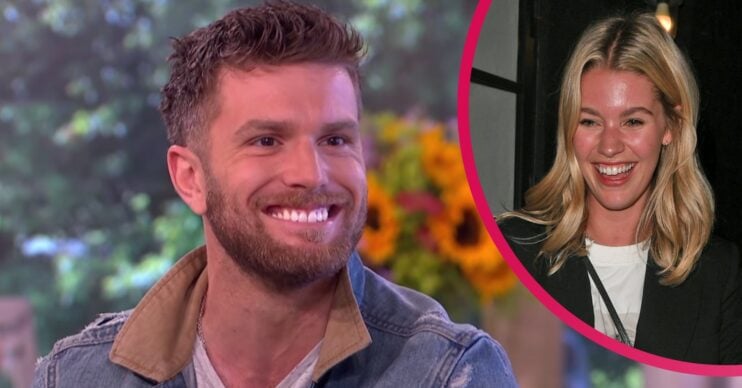 Joel Dommett and his wife Hannah Cooper will be part of the Celebrity Gogglebox cast in the future.

The Sun reports that The Masked Dancer presenter Joel and model Hannah will be seen in three 2021 episodes.

Other married couples to appear regularly on Celebrity Gogglebox include Eamonn Holmes and Ruth Langsford and Laura Whitmore and Iain Stirling.

What Joel Dommett has said about appearing on Celebrity Gogglebox

Joel, 36, said they were both very keen on joining up with the other famous couch potato critics.

He told The Sun: “We’re unbelievably excited to be a part of the Gogglebox family.

“I can’t wait for people to watch us on TV watching people on TV.

How long have Joel Dommett and his wife Hannah been together?

He proposed in December 2017. The couple first came into contact with one another over Instagram when she sent him a heart-eyed cat emoji.

Joel commented about their engagement at the time: “We are so happy. She’s very beautiful. I’m a very lucky lad.”

When will Joel and Hannah appear in the Celebrity Gogglebox cast?

The third series of Celebrity Gogglebox is currently airing on Channel 4.

This might suggest another series of the celebrity version of the show is not due until the summer of next year. However, The Sun indicated the couple will be part of the show this year.

Nonetheless, the current run of Celebrity Gogglebox is far from over and is only two episodes in.

It is expected to continue until Friday July 23. So it appears the three appearances from Joel and Hannah will be filmed for this current series.

ED! has contacted reps for Joel and Hannah for comment.

Celebrity Gogglebox continues next Friday, June 18 on Channel 4 at 9pm.

Leave us a comment on our Facebook page @EntertainmentDailyFix and let us know what you think the Celebrity Gogglebox cast.