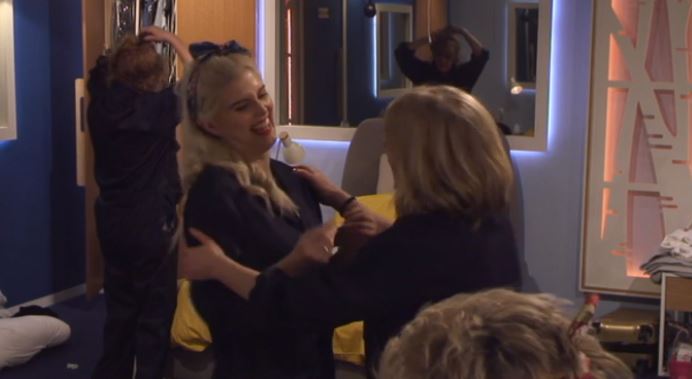 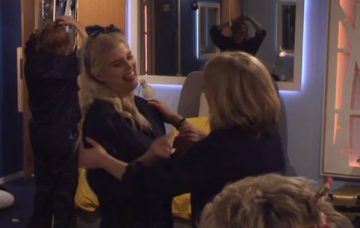 It was all said in fun, though!

Ashley James poked fun at Ginuwine’s virility yesterday after being teased about their growing connection.

The Celebrity Big Brother housemates – and viewers! – have all clocked just how close Ashley, 30, and Ginuwine, 47, have been getting in recent days.

They’ve been snuggling up, holding hands, and Ashley even referred to the American musician as “my man” in a telling post-nominations chat.

It all seems to be going rather well for the pair… but Ginuwine may want to cover his ears now.

An exclusive clip aired on last night’s Celebrity Big Brother’s Bit On The Side showed Ashley making a joke about Ginuwine having nine children.

The Made In Chelsea star brought up Ginuwine’s large family when Rachel Johnson told her: “I want you and G to be a happy couple and have lots and lots of babies!”

Laughing, Ashley replied: “I don’t think lots and lots of babies. I think he has enough babies!”

Of course, it was all said in good fun, rather than being a dig.

Ashley’s made no secret of the fact she thinks Ginuwine, real name Elgin Lumpkin, is a really great guy and she enjoys his company.

When she found out India Willoughby had nominated him for eviction, Ashley told the housemates: “Sorry, but when G got a nomination, I was like [angry face]. Are you trying to take my man?”

Thankfully for her, Ginuwine won’t face the public vote as India was the only housemate to pick him.

Ginuwine, meanwhile, recently told the Diary Room that he values Ashley’s friendship… so who knows whether it will go further?

“Me and Ashley made a great connection last night and I think she’ll probably be like a friend that I’ll probably talk to a lot,” he said.

“For some reason we just ended up on the couch last night for hours just talking so we definitely made some type of connection, friends, I don’t know, whatever, but we really made a nice connection and I like that.”