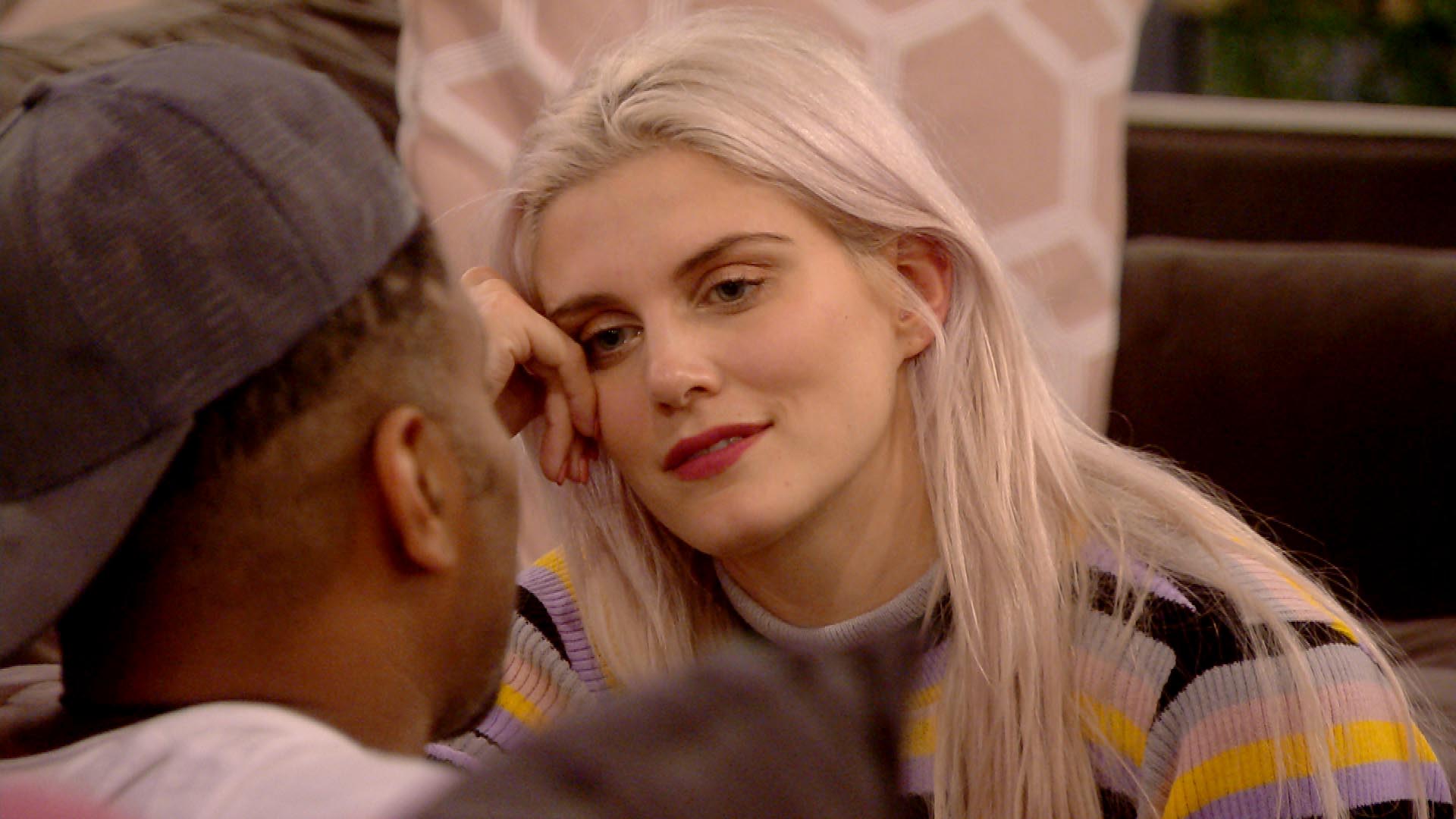 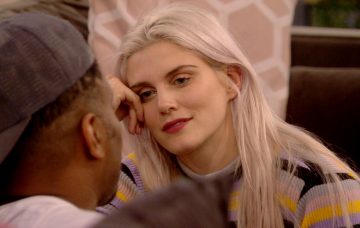 We all have one question, right?

Celebrity Big Brother’s Ashley James and Ginuwine raised eyebrows last night when they disappeared into the toilet away from the cameras.

The couple, who have been enjoying a flirty friendship-slash-blossoming romance, slipped out of view and removed their microphones on Monday night.

Which left us all going: WHAT JUST HAPPENED?!

Were they kissing? Something more?!

Well, we weren’t the only ones wanting all the details, as Ashley was quizzed by Andrew Brady and Shane Janek the morning after.

Sadly, anyone hoping for gossip may be disappointed as Ashley insisted that NOTHING untoward happened.

“The main thing I was worrying about was making sure the cameras saw both our hands were up so that there wasn’t any ‘did they, didn’t they?’ scandal,” said Ashley.

“No, we still haven’t kissed.”

However, confusingly, the former Made In Chelsea star then said that she and Ginuwine DID kiss in a way, as they briefly puckered up after making up.

Ashley mimed blowing a kiss in the air which left the boys wondering whether she meant she and Ginuwine shared an air kiss, or actually did have a peck on the lips.

Just to rewind: on Monday night’s episode, Ashley enlisted Malika Haqq’s help in getting Ginuwine alone so they could make amends following their fall out the night before.

Ashley retreated to the loo – which has no cameras – and Malika then coerced Ginuwine to join her.

She told the boys she was in trouble for the whole plan, though, as housemates aren’t meant to take microphones off at all.

What she did was lure Ginuwine to the loo away from the cameras, take off both their microphones, and then run the taps so nobody could hear them.

She explained: “Malika and I made a plan to get us there ’cause he wouldn’t catch my eye all day yesterday and I didn’t want to be really awkward like, ‘Can you come and talk to me in front of everyone?’ So I went to the loo and said to Malika, ‘Okay now.’ So she said, ‘G, you need to go in that loo in there.’

“So he came in and I put the taps on and we talked. Without using words.”

“But anyway, I don’t think they [Big Brother] were bothered,” said Ashley. “We talked anyway about it when we came out, but that was the only way I was brave enough to say anything.

“But no French kissing. Yet.”

It's the question on everyone's lips… 🤔💘 What happened in the bathroom toilet between @ashleyljames and @Ginuwine?! #CBB pic.twitter.com/tH6U6PHbpY

Well, there is still plenty of time, Ash!

The reality star and musician Ginuwine are certainly growing closer; after their toilet make up session yesterday, Ashley briefly hopped into Ginuwine’s bed with him, before removing herself before anything happened.

Could their flirty friendship really cross the line into showmance?!

Well, one person who doesn’t think so is former housemate India Willoughby who shunned the idea of an Ashuwine romance on last night’s Bit On The Side.

India said: “It almost looks as if it’s about to happen then somebody in the background shouts ‘cut!’ and nothing happens and they all back off. Ashley is a veteran of reality television and she knows what works in this genre of television. Will it happen? Categorically not!”