Celebrity Big Brother viewers were left gobsmacked last night when Ginuwine had to ask who Freddie Mercury was.

Fans were stunned that the American wouldn’t know the iconic musician was considering a) Queen was – and is! – a legendary band and b) Ginuwine is an actual singer himself!

The topic came up while Ginuwine and Ashley James were talking to Wayne Sleep about his dancing career and famous friends.

Wayne mentioned that he was pals with the late Freddie Mercury, prompting Ginuwine to ask: “Who was that?”

Ashley explained: “He was in Queen. They were massive rock stars.”

Viewers were astounded that the 47-year-old even had to ask the question, though, and certainly weren’t shy about voicing their shock on social media! 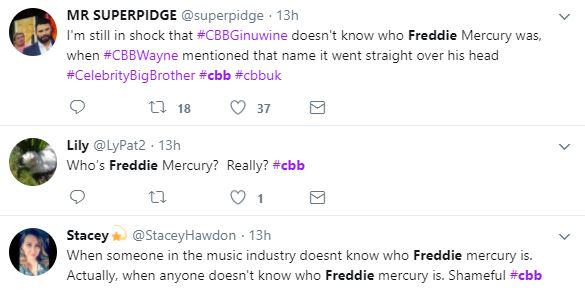 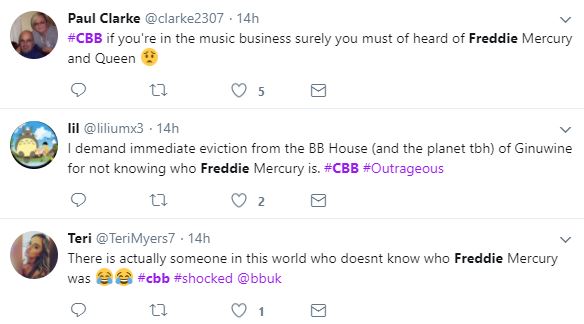 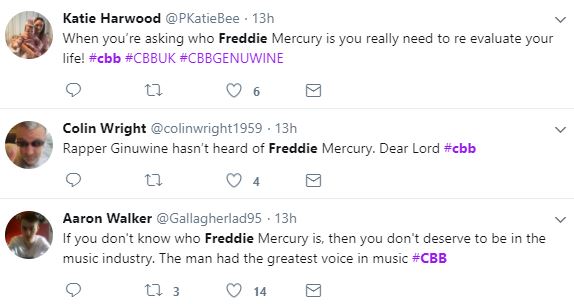 Others, however, didn’t really see what the big deal is – with some brave souls also admitting they had a blank when Freddie Mercury was mentioned.

Meanwhile, Wayne told Ginuwine and Ashley about his close friendship with Freddie, who passed away in 1991 from complications due to AIDS.

Wayne said: “He was amazing and so generous. He loved ballet and opera, so he would come to the opera house to see us dance, and that’s how I became friends with him.”

When Ashley asked if it was correct Freddie died from AIDS, Wayne said: “Yes. They were dropping like flies. We didn’t know what it was or why people were dying. And they thought it was a gay disease so they didn’t bother to act on it until heterosexuals started getting it.”