Well, this is quite telling...

India, who is the UK’s first transgender newsreader, made it clear she wasn’t happy with former The Apprentice candidate Andrew Brady being given a drag queen makeover by Shane J aka Courtney Act.

A tearful India retreated to the bedroom by herself, before emerging to face the group, explaining that she was a phobia of drag queens.

India, who was born Jonathan Willoughby, told them: “I was crying. I am a woman, not a special type of woman, a woman.

“A man walking into a room in a dress inviting laughter and everyone laughing at it upsets me particularly just because of my background.

“I have something called gender dysphoria, something you can only resolve with medical intervention, which is what I’ve had to do. So somebody coming in dressed that way freaks me out.”

India continued to say: “Transsexual people with gender dysphoria have suffered over the years, lots of laughter.

“I know it’s not meant that way, that people who perform drag don’t do intentionally… I just want to make it apparent to you why I got upset.” 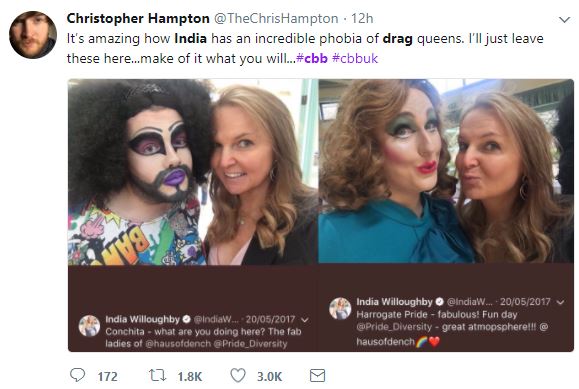 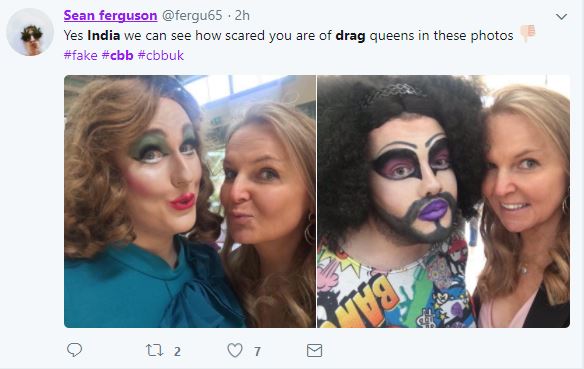 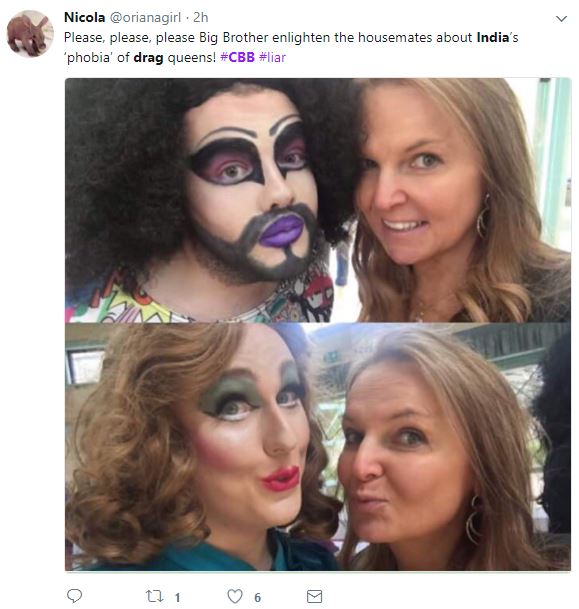 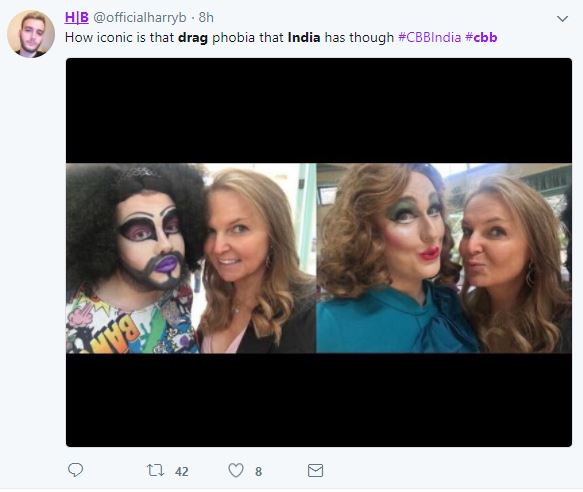 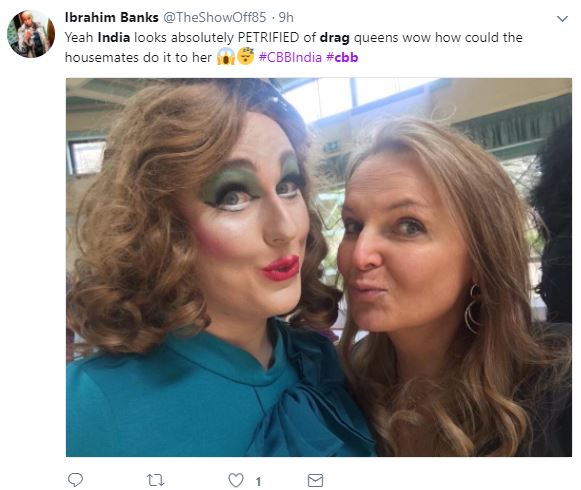 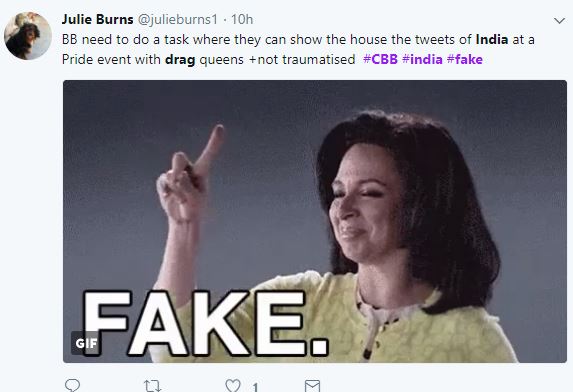 One of the drag queens pictured with India, Crudi Dench, even tweeted last night: “She was really lovely! She was chatty and wanted photos so we obliged!”

Meanwhile, Andrew decided on yesterday’s episode to remove his drag queen costume out of respect for India, after realising she had been upset.

He told her he’d meant no harm and had the utmost respect for her.