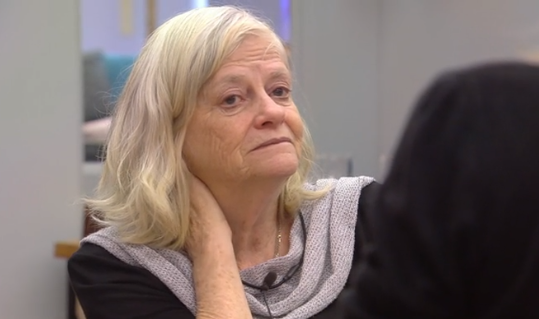 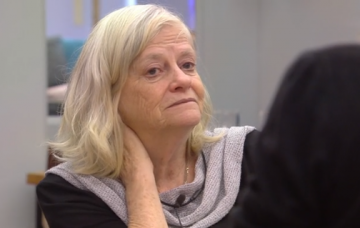 And the TV pundits seem to think so, too...

With their links to the world of politics, and with no doubt a whole host of friends and acquaintances in common, you’d think that Rachel Johnson and Ann Widdecombe would have each other’s backs in the Celebrity Big Brother house.

But the viewers – and some celeb commentators – think not.

In fact, the general consensus seems to be that journalist Rachel – younger sister of Foreign Secretary Boris – is setting Ann up for a spectacular fall.

Read more: Could a KARDASHIAN be joining the Celeb Big Brother house?

Twitter users have not failed to notice that the convos between the pair seem to be very much a case of Rachel handing Ann a loaded gun – and sitting back and letting her fire the bullets.

“Rachel Johnson seems like she goads Ann. She knows Ann’s opinions are controversial and she desperately wants to get them out for all to see,” one viewer noted.

“I wonder whether Rachel Johnson is trying to stitch Ann Widdicombe up?” queried another, whilst others went even further with their observations:

“Rachel Johnson is an absolute stirrer, trying to cause conflict between Ann and India. Not nice.”

“Rachel Johnson is stirring the pot with Ann…Soooo obvious!”

And it wasn’t just viewers who thought so – Rachel’s ‘give ’em enough rope’ approach towards Ann was also discussed on Big Brother’s Bit on the Side.

“Rachel’s a journalist,” pointed out host Rylan while in conversation with former Love Island contestant Olivia Attwood. “Do you think she’s got her journo head on in there?”

Olivia didn’t hold back in agreeing that she had, and that she was probably trying to goad Ann into coming out with some newsworthy lines.

“In the conversations as a group, she’ll take it back to Ann,” said Olivia.

“She knows a lot of Ann’s opinions are quite unpopular

Ann has already come under fire from viewers – and housemates – for using the wrong pronoun when talking to transgender contestant India Willoughby, for which she profusely apologised.

In her previous political career, Ann is on the record for having opposed an equal age of consent, the repeal of Section 28,  same-sex adoption and civil partnerships.