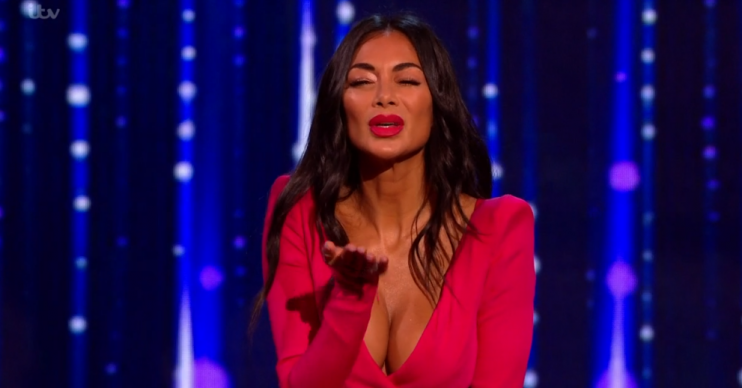 Fans of ITV’s The X Factor: Celebrity were baffled by judge Nicole Scherzinger during the penultimate episode, with many asking why she seemed to be speaking in a different voice.

A number of viewers took to Twitter tonight (23.11.19) to ask what was going on with the 41-year-old singer, who sounded as though she was speaking with an unusual accent.

One fan tweeted: “#CelebrityXFactor What has happened to Nicole’s voice?”

Another wrote: “Is Nicole smoking 40 a day? Husky voice, I like it!”

#CelebrityXFactor What has happened to Nicole voice 💁‍♂️🤔

Is Nicole smoking 40 a day? Husky voice I like it! Oooh she just sent her alleged boo home🤭 #celebrityxfactor

In tonight’s episode, Nicole had to say goodbye to one of her two remaining Overs acts – Vinnie Jones.

While chaser Jenny Ryan got through to the final on the back of her impressive rendition of the Bond theme Skyfall, Vinnie shocked viewers with an odd version of (I’ve Had) The Time Of My Life from the film Dirty Dancing.

The Hollywood star, 54, pranced around the stage with a crowd as he shouted out the lyrics, looking confident as ever.

What has happened to Nicole’s voice?

Many viewers on Twitter branded his performance an “assault” on the ears, while others admitted they wanted to get away from their TVs.

But when it was time for Nicole and her fellow judges Simon Cowell and Louis Walsh to comment, they seemed to like it.

And Simon was particularly positive in his appraisal, telling Vinnie: “Like every great sportsman, when you’re in the bottom and you come back the following week… you came back with confidence!

“You haven’t comprised yourself at any time.