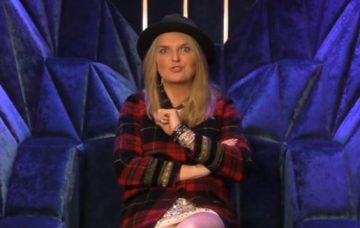 This won't help her popularity with viewers!

India Willoughby has divulged her Celebrity Big Brother tactics ahead of this week’s first eviction.

The journalist revealed her gameplan during a Diary Room chat on Tuesday night’s episode, where she also slammed some of her fellow housemates’ behaviour.

India said she thinks the house is “too cosy” right now and she wants to start “picking off” housemates one by one and dismantling the clique she feels is forming.

“There is a little clique, actually, it’s a coven of witches, I would describe them as,” she said.

India continued: “It’s too cosy by far, still. We have had a great night tonight but there is a lot of back slapping going on.

“Bring on the real Big Brother, the one I love, the one I love to watch when the knives come out – metaphorically of course – and everyone starts stabbing each other in the back.

India needs to kickstart her plan asap, however, as she’s facing the first public vote of the series on Friday night.

She was nominated for eviction alongside Love Island’s Jonny Mitchell during a nominations twist on Tuesday evening.

Emma Willis entered the house and announced only the women would be nominating and, to make it even more awkward, they’d be doing it on live TV and face to face!

India found herself on the chopping board following her divisive antics over the last few days.

Most recently, she rowed with Andrew Brady after being offended by his drag queen makeover.

India, who was the UK’s first transgender newsreader, told the group she has a phobia of drag queens and felt uncomfortable with everybody laughing about a man dressed as a woman.

Speaking on last night’s show, she told the Diary Room: “I’m just tired of talking about gender and last night was really stressful when Andrew slash whoever he was came into the room.

“It sort of freaked me out and I just can’t help that. That’s in me.

“For me, I am and always have been a woman, but it seems I can only be accepted as a woman with caveats.”