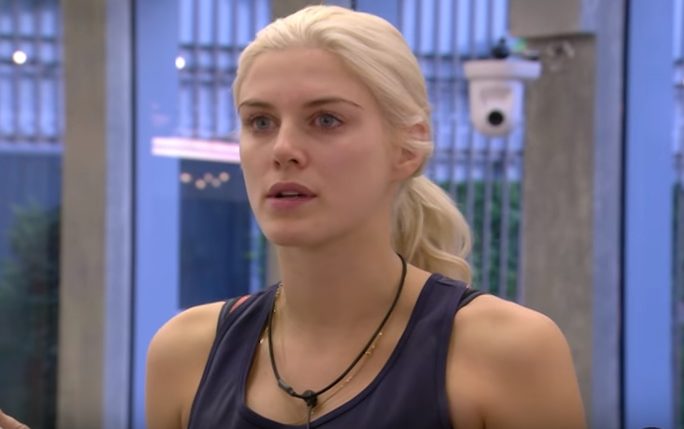 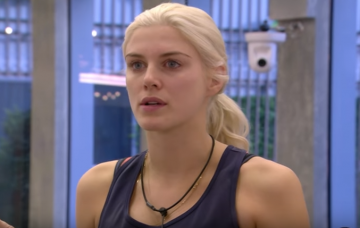 The relationship between Made in Chelsea star Ashley James and crooner Ginuwine took yet another turn last night.

Originally, it appeared the pair might have eyes for each other, flirting and cuddling up a storm.

But then, it started to look as if the whole thing may have been a ‘showmance’, constructed just to get more camera time.

Now, however, it seems there’s a new word to describe Ashley and Ginuwine’s relationship – over.

In the past the singer performed a song for Ashley, with very suggestive lyrics – and dance moves.

But in scenes shown last night, while on the sofa together, Ginuwine said: “That’s tonight, yaaaay – she’s finally gonna give in!”

She continued: “Just so you know when I’m in the loo I’m actually on loo duty, not waiting for you!”

Later on, during conversation with Rachel, Malika and Maggie, Ashley expressed her concerns.

She said: “I’m slightly terrified of G today. Pointing and saying ‘tonight’ and I’m like, what?”

Rachel supported Ashley, saying: “That is not how you seduce a lady. That is so uncool! You know what that says to me? It’s not serious.”

Ashley admitted: “Trust me, he’s not getting anything. Especially with comments like that.”

Rachel then asked: “Do you think he realises that he’s just crossed a major line? I agree with Malika, I think he’s like joking, but testing.”

An unhappy Ashley then said: “Where it was fun and flirting and innocent, now I’m like… I don’t wanna do that.”

Unlucky, Ginuwine! Still, there are plenty more fish in the sea. You’re in a house with half a dozen of them, for a start…