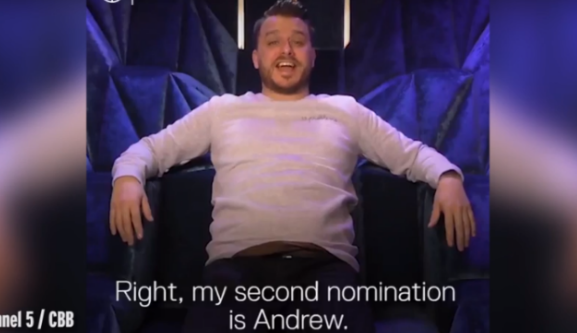 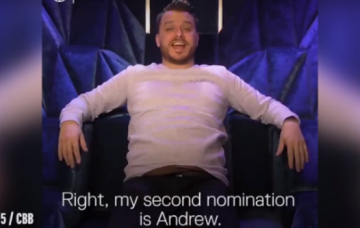 On Monday’s Celebrity Big Brother’s Bit On The Side viewers and housemates were stunned to hear five stars are up for eviction this week.

Ann Widdecombe, Daniel O’Reilly, John Barnes, Rachel Johnson and Andrew Brady were all nominated after the men of the house were given the power to vote.

Andrew’s nomination came as a particular surprise as The Apprentice star has so far been popular with housemates and viewers alike, with bookies William Hill backing him as the third most likely to win earlier this week (behind Courtney Act and Ann).

On last night’s edition of Celebrity Big Brother, fans got to find out just how the men voted and were appalled when Daniel – AKA Dapper Laughs – explained why Andrew had to go.

He said he was nominating him based on a previously unaired scene where Andrew rubbed his naked bottom up against the boys’ bedroom window, leaving skid marks on the glass. Ewww!

Daniel explained: “My reason for nominating Andrew is a few nights ago he pulled a mooney just before I closed my eyes to go to sleep. He left a skid mark on the window.

Read more: Dancing On Ice star has moved professional partner into her home!

“That’s my reason and I think it’s a valid reason as it’s something that he’d done.”

Big Brother then showed a clip of the offending scene as a grinning Andrew flashed his bare bottom to an appalled Wayne Sleep who was in bed at the time while Ashley and Malika looked on giggling in disbelief.

Many viewers found the scene disgusting and took to Twitter to condemn Andrew, calling him “vile” and “gross”.

One said they didn’t blame Daniel for voting for him while another former Andrew fan exclaimed: “They never even showed that wtf CBB that is vileeeee and I like Andrew.” 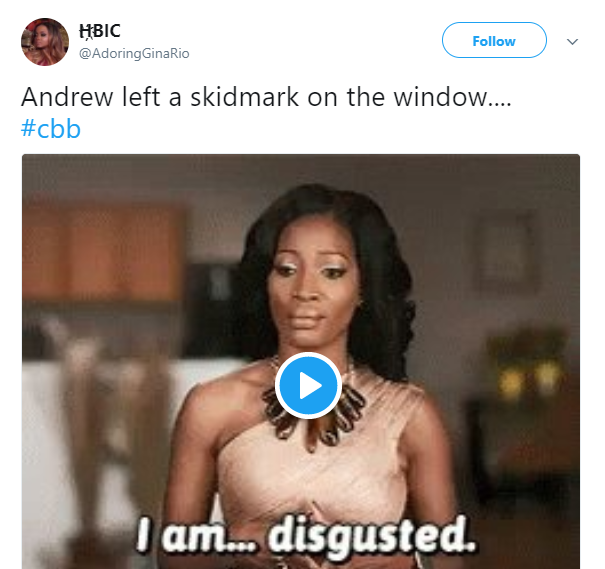 However, others thought it wasn’t a good enough reason for Daniel to nominate Andrew given they are supposed to be friends and accused him of game-playing and being two-faced.

Following the nominations, it was revealed not one but two celebrities will be leaving on Friday.

However, on last night’s Bit On The Side, presenter Rylan Clark-Neal revealed there will be a delay opening the voting lines as another surprise twist is in store!