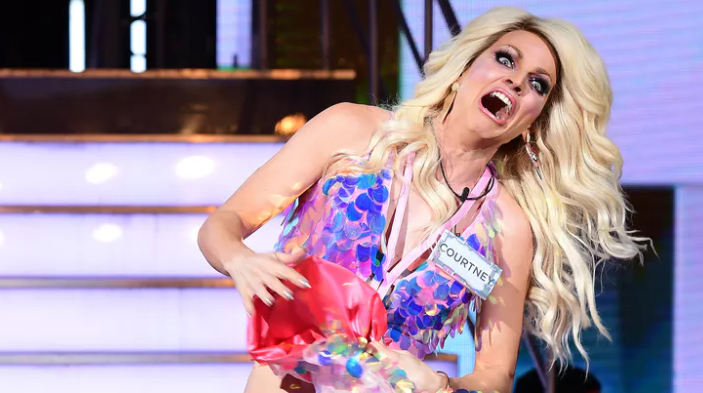 It certainly garnered all the attention

Shane, who arrived on the show dressed up as alter ego Courtney, suffered a major wardrobe malfunction while walking into the house.

The whole lower part of Act’s dress fell off during the grand entrance.

Some CBB fans at homespeculated about it being staged.

“Courtney’s entrance was definitely staged I reckon. Why else no knickers on such a cold night ffs,” one wrote on Twitter.

Another said: “Seen a few clips on here of @courtneyact entering #CBB and her dress coming off… Looks like the worst rehearsed attention seeking stunt ever #Staged #Fake”

A third pointed out: “Who else thinks the Courtney entrance may of been staged ? Either way it was funny as [bleep]!”

Well, viewers may be suspicious but the Drag Race star is storming ahead in the popularity stakes with fellow celebs…

The TV star was applauded for making the “most iconic entrance” by Jade.

She tweeted, on the band’s Twitter account: “In honour of @courtneyact joining the @bbuk house and already delivering the most iconic entrance.

“I’ll be rooting for you! #ShaneToWin jade x.”

The singer shared a picture of herself with Act, who appears in Little Mix music video Power.

Act was among the eight male stars to enter the Big Brother house, days after an all-female line-up had kicked off the new series, along with footballer John Barnes, singer Ginuwine and controversial comedian Daniel O’Reilly.